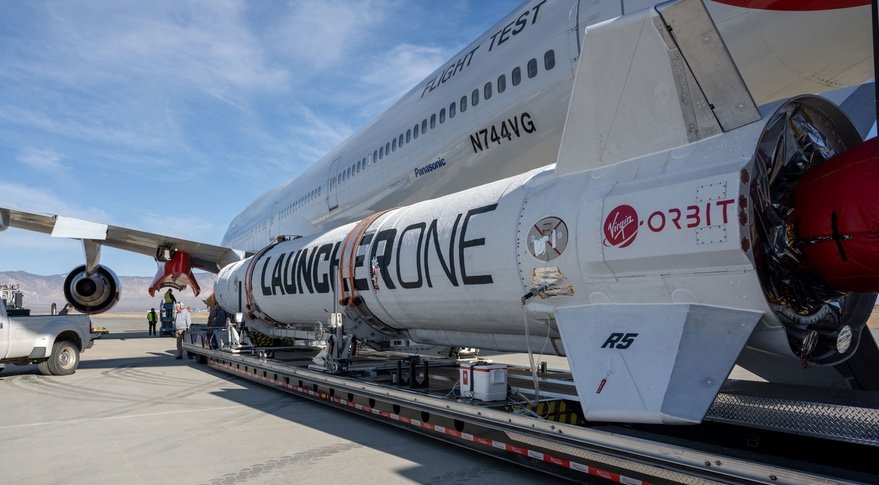 In a speech at Space Tech Expo here, Jim Simpson, chief strategy officer of Virgin Orbit, said the company was gearing up for that late August launch. It will come after a launch from Mojave Air and Space Port in California called “Straight Up” scheduled for no earlier than June 29 that will carry seven U.S. government payloads.

“The U.K. launch is in the late August time frame. That’s the plan now,” he said. The company has a U.S. government export control license and has completed the “majority” of the work needed for a British government launch license through the Civil Aviation Authority (CAA), the U.K. equivalent of the Federal Aviation Administration.

“That’s all done, effectively,” he said, although he did not estimate when to expect the formal award of a launch license. Spaceport Cornwall, the English airport that will host Virgin Orbit’s LauncherOne system, will also have to obtain a license from the CAA.

“We’re extremely excited. This will be the first launch ever off of U.K. soil,” he noted, referring to orbital launches. “It will demonstrate a lot of different things, including the mobility of our system.”

Simpson said the payloads for that mission have been selected, although it’s not clear all have been announced yet. Two of the payloads are Prometheus 2 cubesats developed by the U.K. Ministry of Defence in partnership with the National Reconnaissance Office. Others that have been announced are Amber-1, a cubesat developed by Satellite Applications Catapult and Horizon Technologies for maritime tracking; Forgestar-0, a satellite built by British space manufacturing startup Space Forge; Kernow Sat 1, a cubesat backed by the local Cornish government for environmental monitoring; and a cubesat built by SatRevolution for the government of Oman.

LauncherOne is an air-launch system consisting of a rocket deployed from a Boeing 747 aircraft. That rocket can take up to 300 kilograms to a 500-kilometer sun-synchronous orbit, but Simpson said upgrades are in the works to increase that capacity to about 350 kilograms by the end of 2023.

He also briefing touched upon other, longer-term upgrades that the company has hinted at in past presentations. One of them is recovering the first stage of the rocket. “We’re doing the trades now,” he said, showing an illustration of a stage descending under a parachute.

The company has been looking at two options for a third stage, one of them being a solar-electric transfer vehicle being studied with ExoTerra under a NASA Small Business Innovation Research (SBIR) award. The companies said last year that stage could carry up to 180 kilograms to geostationary orbit and 150 kilograms to cislunar trajectories.

The company is also looking ahead to a potential “LauncherTwo” rocket that, instead of being carried under the wing of the Boeing 747 would instead be mounted on top of the fuselage. That vehicle, Simpson’s slide stated, could offer three times the performance of LauncherOne.

“We’re evolving the future constantly while we’re producing the launch vehicles,” he said.