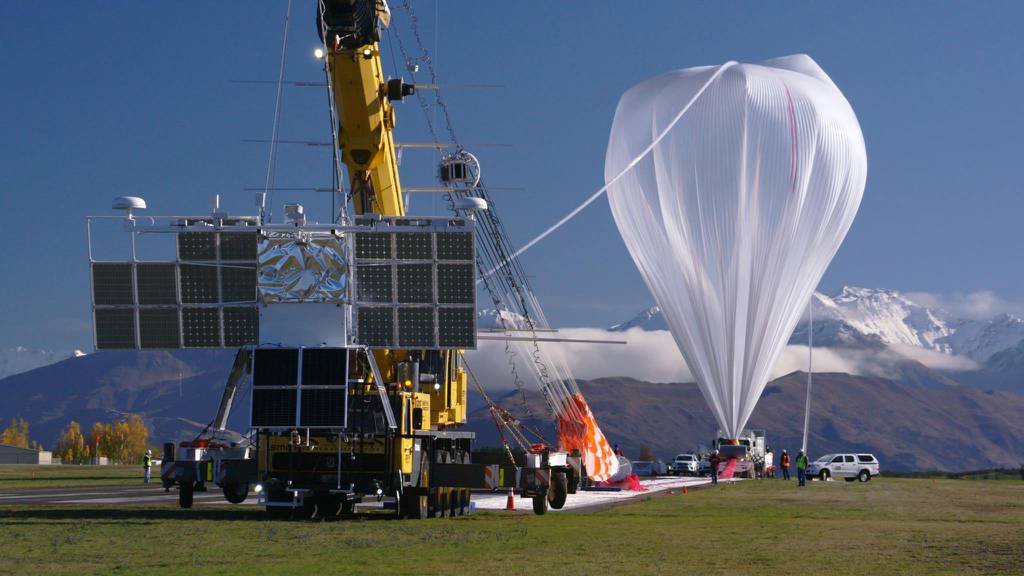 The US military is keen on expanding its communication and surveillance network to deal with the challenge of an aggressive enemy and its growing military power. The Pentagon, therefore, is ready to employ high-altitude hot balloons to deter its principal adversary – China.

The high-altitude inflatables, added to the Pentagon’s massive surveillance network, will fly between 60,000 and 90,000 feet in the air. The Pentagon intends to spend over ten times as much on balloon projects in the upcoming fiscal year as it did in the previous two years combined, according to budget records examined by Politico.

According to budget documents, the Pentagon has spent around $3.8 million on balloon projects over the last two years. It intends to spend up to $27.1 million in the fiscal year 2023 to continue work on several initiatives.

In 2020, the US military started seriously considering the idea as an effective and relatively cheap mode of surveillance. The Army’s Space and Missile Defense Command was impressed by the high-altitude balloon tests and experiments conducted at White Sands Missile Range in New Mexico.

“It’s just phenomenal what we’re able to do with high-altitude balloons,” Lt. General Daniel Karbler told Defense News in an interview. “I don’t have the cost analysis but, in my mind, pennies on the dollar concerning doing it.

Suppose I had to do it via a [low-Earth orbit] or some satellite constellation, which we can provide with high-altitude balloons. In that case, it’s tactically responsive support to the warfighter,” he added.

If incorporated into the military, the balloons can potentially strengthen the US Army’s current network of aviation and space assets that support multi-domain operations. Although they were previously only capable of drifting with the wind, these balloons are cheap and can stay in the air for a long time.

The difficulty has traditionally been in creating sensors, algorithms, and software that can consistently and precisely navigate the winds.

As of now, high-altitude balloons are made by Raven Aerostar. They comprise a flight control unit run by batteries recharged by renewable solar panels. In addition, they contain a payload electronics package that regulates communications, navigation, and flight safety, according to Russell Van Der Werff, engineering director at Raven Aerostar.

The organization uses wind speeds and directions to send the balloon to the intended location. Wind currents enable the balloon to float along the specified flight path. According to Werff, the company uses a custom machine learning system to forecast wind directions and combine incoming sensor data in real-time.

The balloons can supplement the work done by conventional aircraft and satellites, and stratospheric balloons can be produced and launched quickly and cheaply. This is potentially the technology that the US military intends to adopt- in a similar if not the same fashion.

According to the Politico report, these high-altitude inflatables can aid in the interception of hypersonic weapons and could help in augmenting expensive satellites in tracking hypersonic missiles.

Even though the United States is funding the research and development of an anti-hypersonic missile defense system, there could be a few years before the military fields a functional system. Unlike its adversaries, China and Russia, the US also does not have an operational hypersonic weapon.

In March 2023, two interoperable prototype satellites will be launched by Missile Defense Agency (MDA) in collaboration with the US Space Force and Space Development Agency, as previously informed by Vice Adm. Jon A. Hill, Director of MDA.

Hill said that it would be a novel and significant capability in hypersonic defense if effective. Those satellites would gather sensor tracking data to ensure that faint targets, such as cruise missiles could be located from space.

The satellites would gather sensor monitoring data to ensure that dim targets like hypersonic cruise missiles could be located from space. If successful, that would be a novel and significant capacity in hypersonic defense. Perhaps, this is what the high-altitude balloon would aid with gathering sensor data.

Space-based defenses could target satellites that are essential components of the so-called “kill chain” for hypersonic weapons, including all the elements, individuals, and procedures involved in launching missiles and guiding them to their targets.

The Balloons Are A Work In Progress

For years, the DoD has tested employing solar-powered drones and high-altitude balloons to gather information, provide ground forces with communication, and counter satellite problems. The Pentagon is quietly handing off the balloon projects to military services to gather data and send information to aircraft.

In 2019, there was a lot of coverage on the Covert Long-Dwell Stratospheric Architecture (COLD STAR), a project intended to find drug traffickers. The Pentagon then conducted a demonstration by launching 25 surveillance balloons from South Dakota.

The Pentagon has confirmed the handover of the COLD STAR program to the services to Politico. However, the DoD reportedly refused to provide any information about the program as it is classified.

The Pentagon is also conducting tests to evaluate how to incorporate high-altitude balloons and commercial satellites in an attack, known as the “kill chain.”

“They can be trucks for any number of platforms, whether it be communication and datalink nodes, ISR, tracking air and missile threats, or even various weapons — and without the predictable orbits of satellites,” said Tom Karako, senior fellow for the International Security Program and Missile Defense Project director at the Center for Strategic and International Studies.

Additionally, the DoD is also exploring using balloons and drones with “stratospheric payloads” to track moving ground targets, conduct communications, and intercept electronic signals. According to budget records, the plan is to transfer the technology to the Army and US Special Operations Command.

The Pentagon focuses on finding alternate methods to track ground targets as the Air Force retires airborne surveillance planes. It is believed that employing high-altitude balloons would be a much cheaper method than high-end expensive surveillance aircraft that also remain susceptible to enemy attack.

The US military has been aware of the need for more overhead communication systems. Still, satellites are expensive and necessitate either several low or mid-earth orbit satellites or expensive geosynchronous satellites.

This initially brought attention to the need for a less expensive, mass-deployable form of communication and monitoring and increased interest in high-altitude balloons. If the technology is smoothly transitioned to the US military and successfully demonstrated, it could prove revolutionary.