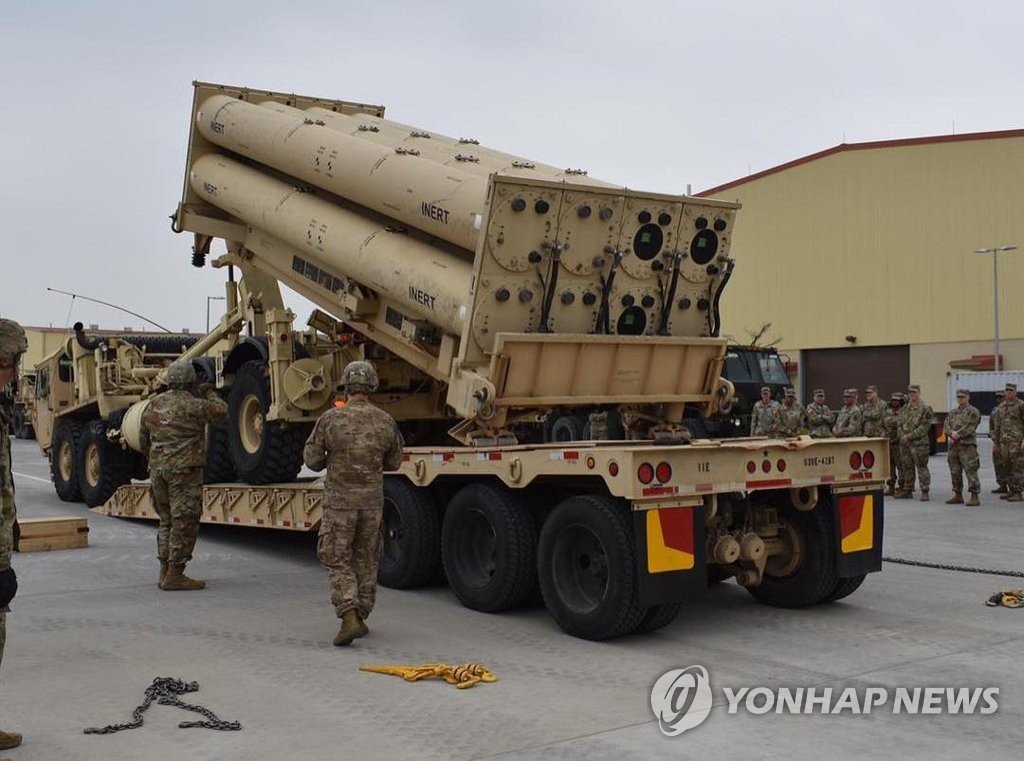 SEOUL, March 30 (Yonhap) — The U.S. military has completed a two-week combined training of its missile defense units in the Indo-Pacific region, including an air defense brigade stationed in South Korea, to maintain readiness and ensure the ability to jointly respond in contingencies, its Army recently said.

The combined command post training (CCPT), which wrapped up on March 12, involved the 5th Air Force and the 38th Air Defense Artillery (ADA) Brigade in Japan, the 94th Army Air and Missile Defense Command (AAMDC) in Hawaii, the 35th ADA Brigade in South Korea and the E-3 ADA THAAD unit in Guam, according to the U.S. Army.

During the training, the U.S. military simulated real-time events to test its response capabilities and the ability to communicate on bilateral networks, according to 38th ADA commander Col. Matthew Dalton.

“Training like this is essential to the warfighting readiness of the brigade headquarters and the readiness of our Soldiers during real-world conflict,” the colonel said.

The 35th ADA Brigade, headquartered at Osan Air Base in Pyeongtaek, 70 kilometers south of Seoul, is in charge of operating the Patriot and the Terminal High Altitude Area Defense (THAAD) missile defense systems.

The U.S. installed the THAAD system in the county of Seongju, about 210 km southeast of Seoul, in 2017 amid North Korea’s increasing missile and nuclear threats.

On Thursday, the North launched two short-range ballistic missiles, the first in about a year, in violation of the U.N. Security Council resolutions and called it an exercise of the right to self-defense.