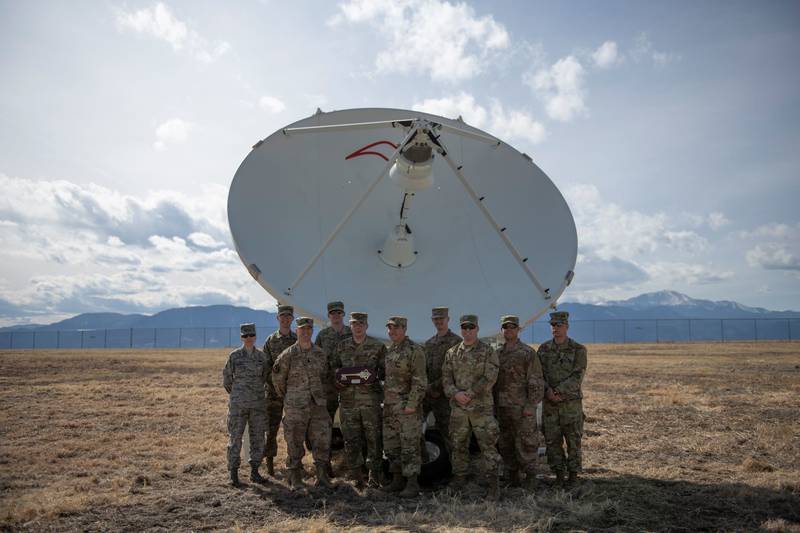 WASHINGTON — The head of the Space Force acknowledged that the U.S. is developing the “appropriate” directed-energy systems to maintain American space superiority, although he declined to provide details in the unclassified setting of a June 16 congressional hearing.

Noting that directed-energy systems could be a possible defensive tool for American satellites, Rep. Jim Langevin, D-R.I., asked Chief of Space Operations Gen. Jay Raymond whether the United States was adequately developing a directed energy portfolio “to be an effective capability for space dominance.”

“Yes sir, we are,” Raymond responded, suggesting that they discuss the issue in more detail in a classified setting. “We have to be able to protect these capabilities that we rely so heavily on.”

In a statement to C4ISRNET, a Space Force spokesperson said, “General Raymond has stated many times that China and Russia have directed energy capabilities that are designed to damage or destroy our satellites. His response to Congressman James Langevin’s question was confirming that our architecture developments in the face of these threats are appropriate.”

The Missile Defense Agency has explored using space-based lasers to intercept ballistic missiles in the past, and other nations have fielded ground-based laser dazzling weapons that can blind on orbit sensors. However, the Space Force has been effectively mum on what weapon systems — conventional or directed energy — it is developing to protect its satellites or defeat enemy satellites. Raymond’s acknowledgement at the hearing might be the first time he’s publicly confirmed the directed energy systems are under development.

The government cited the development of anti-satellite (ASAT) weapons by China and Russia as a justification for the creation of Space Command and the Space Force, and since their establishment military space leaders have been quick to criticize ASAT development and testing. U.S. Space Command’s Gen. James Dickinson has heavily criticized direct-ascent missile tests by Russia, which demonstrated the ability to take out satellites in low Earth orbit and the potential to cause dangerous space debris. Perhaps more concerning is a mysterious Russian satellite that has shown the ability to fire a projectile in space. Raymond refers to the spacecraft as an on-orbit weapon system.

“Russia has made space a war-fighting domain by testing space-based and ground-based weapons intended to target and destroy satellites. This fact is inconsistent with Moscow’s public claims that Russia seeks to prevent conflict in space,” said Dickinson after a Russian ASAT test in December. “Space is critical to all nations. It is a shared interest to create the conditions for a safe, stable and operationally sustainable space environment.”

However, the Space Force — and the Air Force before it — have always been secretive about what ASAT weapons the U.S. military has or is developing. The one with the most public details is the Counter Communications System, a transportable system that can jam enemy satellites. And while the Air Force is developing laser weapons, it’s not clear what plans — if any — there are to attach them to space systems or direct them at enemy satellites. The U.S. also has missiles that can reach satellites in low Earth orbit.

In a report earlier this year, the Center for Strategic and International Studies suggested that the Space Force develop orbital laser weapons to defend American satellites. Titled “Defense Against the Dark Arts in Space,” the report lays out the various types of ASAT weapons and describes several ways the Space Force could defend against them. That includes passive defenses, like building a redundant space architecture that could survive the loss of one or even multiple satellites, and active defenses, such as satellite-mounted lasers that could blind incoming threats.

The U.S. has invested heavily in building passive defenses, such as a distributed architecture like the one described in the report, but it’s less forthcoming on its active defenses. Other nations are less secretive. Most notably, France has stated that it could equip its satellites with weapons — possibly lasers — to defend themselves from adversaries.

While Raymond’s brief comments didn’t give any insight into what the U.S. is developing in regards to directed energy systems for space, they didn’t rule out the types of weapons laid out in the CSIS report.

“It was a limited exchange, but the context of the statements and the statements themselves certainly leave the door open to nonkinetic defensive space capabilities of some kind,” said Todd Harrison, director of the CSIS Aerospace Security Project. “As we noted in our report, on-board electronic countermeasures, such as laser dazzlers and radar jammers, can be an effective way to defend satellites against certain types of kinetic attacks. And it has the advantage of protecting satellites without producing space debris, which is important to the long-term viability of the space domain for all users, not just the U.S. military.”