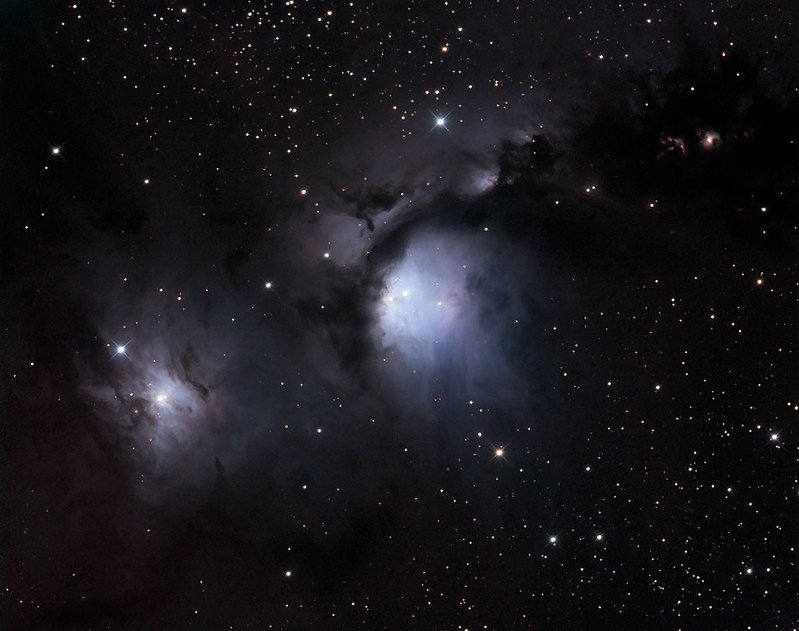 “Let’s be clear: Deploying weapons in space crosses a threshold that cannot be walked back,” stated retired U.S. Army Colonel John Fairlamb in a piece in the The Hill, the Washington, D.C. news website.

Fairlamb knows the weaponization of space issue. His background includes being International Affairs Specialist for the Army Space and Missile Defense Command and Military Assistant to the U.S. Secretary of State for Political Military Affairs. He is familiar with war first-hand: he was a company commander in Vietnam. He holds a doctorate on “Comparative Defense Policy Analysis.”

“Given the implications for strategic stability, and the likelihood that such a decision [to deploy weapons in space] by any nation would set off an expensive space arms race in which any advantage gained would likely be temporary, engaging now to prevent such a debacle seems warranted,” wrote Fairlamb in his opinion column on February 4 in The Hill.

The piece was headed: “The US should negotiate a ban on basing weapons in space.”

“It’s time,” Fairlamb wrote, “for arms control planning to address the issues raised by this drift toward militarization of space. Space is a place where billions of defense dollars can evaporate quickly and result in more threats about which to be concerned. Russia and China have been proposing mechanisms for space arms control at the United Nations for years; it’s time for the U.S. to cooperate in this effort.”

Indeed, if weapons are deployed in space—and for decades including during the Reagan administration’s “Star Wars” push now likely again with the Trump administration’s creation of a U.S. Space Force and its mission to “dominate” space—there will be no return.

Space weaponization “cannot be walked back.”

And the world is at a crossroads.

Russian Foreign Minister Serge Lavrov two weeks ago called for talks to create an “international legally binding instrument” to ban the deployment of “any types of weapons” in space.

Lavrov declared: “We consistently believe that only guaranteed prevention of an arms race in space will make it possible to use it for creative purposes, for the benefit of the entire mankind. We call for negotiations on the development of an international legally binding instrument that would prohibit the deployment of any types of weapons there, as well as the use of force or the threat of force.”

He made the statement on April 12th, the International Day of Human Space Flight, marked this year by the 60th anniversary of Russian Yuri Gagarin’s space flight, the first by a person in space.

The U.S., the United Kingdom and the then Soviet Union joined decades ago in drafting the Outer Space Treaty of 1967 that designated space as a “global commons” for peaceful purposes. The treaty bans the deployment of weapons of mass destruction in space. It’s been signed by most nations on Earth.

Russia and China—along with U.S. neighbor Canada—have led in a move to expand the Outer Space Treaty by outlawing the deployment of any weapons in space.

During the period of Reagan’s “Star Wars”(officially named the Strategic Defense Initiative) and in years since, the U.S. has been working on developing space weaponry that has included hypervelocity guns and particle beam and laser weapons.

The Prevention of an Arms Race in Outer Space (PAROS) treaty has been pushed by Canada, Russia and China to broaden the Outer Space Treaty.

PAROS has wide world support. But through a succession of U.S. administrations—Republican and Democrat—the U.S. government has voted against the PAROS treaty at the Conference on Disarmament of the United Nations. Because conference decisions must be supported by consensus, the U.S. has effectively vetoed enactment of the PAROS treaty.

The day after Lavrov’s statement, the Chinese Foreign Ministry joined Russia in its plea.

“We are calling on the international community to start negotiations and reach agreement on arms control in order to ensure space safety as soon as possible,” said Zhao Lijian on April 13. “China has always been in favor of preventing an arms race in space; it has been actively promoting negotiations on a legally binding agreement on space arms control jointly with Russia.”

As to the Biden administration and space militarization, said its spokesperson, Jan Psaki, at a February 2 press conference “We look forward to the continuing work of Space Force.”

Space News in relating her comments added: “The U.S. Space Force, the nation’s first new military branch since the Air Force was established in 1947, was highly championed by former President Trump during most of his administration. Some have speculated Biden would not support it but the president has not commented on it. Regardless of Biden’s position on the Space Force, the president does not get to choose whether or not to keep the Space Force. Congress enacted the Space Force in the law, like the other armed services, and would have to pass new legislation to roll it back. That would be an unlikely scenario as the Space Force has bipartisan support in Congress”

The Space Force was “highly championed” by Trump, but the legislation through which it came about was supported by most Democratic members of the U.S. Congress.

The leading grassroots organization internationally that has been challenging the weaponization of space has been the Global Network Against Weapons and Nuclear Power in Space (space4peace.org).

Bruce Gagnon, its coordinator, told this writer about the Fairlamb piece: “The comments from retired Army Colonel John Fairlamb are quite excellent as he calls for the U.S. to seriously enter into negotiations with Russia and China on PAROS…Both those nations for years have been offering to enter into negotiations at the UN to close the door to the barn before the horse gets out.  In other words—develop a new treaty that prevents a space arms race before it happens. Sadly, the US due to aerospace industry greed and dreams of space domination has been blocking this much need treaty development process.”

Gagnon continued: “Some might see Mr. Fairlamb’s comments as representing the US military—as if a sea change was happening inside the Pentagon—on this very important issue.

I am not so certain.  But surely there must be at least a few more serious people in the Pentagon who recognize that any war in space would be a disaster for all.”

“I recall in 2017 when the Global Network held our annual space organizing conference and protest in Huntsville, Alabama, just outside the Army’s Redstone Arsenal,” he went on, “this is the place that the U.S. military chose for Werner Von Braun and his fellow 100 Nazi rocket scientists/engineers to come create the U.S space program after World War II under the secret program called Operation Paperclip. Today Huntsville is called the ‘Pentagon of the South.’”

“While we were meeting at the hotel on our last day a man approached our group and asked if he could talk with us,” said Gagnon. “He introduced himself as a U.S. military officer. He said he was drawn to us because of some of the peace T-shirts being worn. We explained the purpose of our meeting, and a bit about the Global Network. He told us that he was very worried about the direction the Pentagon was going with its very aggressive military operations and language. We urged him to speak out as best he could. This connection, and the words from John Fairlamb, make very clear that there are indeed some sane people inside the U.S. military. We must hope that they are vocal during these times where the U.S. has tragically undertaken the creation of the Space Force which has the mission to ‘control and dominate space, and to deny other nations access to space’.”

“Biden,” said Gagnon of the Maine-based Global Network “has already stated that he intends to honor Trump’s creation of this new provocative and destabilizing branch of the Pentagon. And it must be remembered that inside the House of Representatives, which the Democrats control, vast number of Democrats voted yes to ‘stand up’ this new service branch.  In fact, the only thing the Democrats requested and were denied was to instead call it the ‘Space Corps.’”

Of the calls by Russia and China this month for international talks on space weaponization, Gagnon said: “It was a great joy to hear the recent announcements by Russia and China.” They “reveal the continued leadership by these states in attempting to ensure that we keep space for peace.”

“Since the founding of the Global Network in 1992 we’ve witnessed Russia and China repeatedly attempting to create a PAROS treaty” but “the key promoter of the militarization of space, the United States, has refused to discuss and has even blocked such treaty negotiations at the United Nations. Washington, during both Republican and Democrat administrations, has continually claimed, ‘There is no problem, there are no weapons in space. We don’t need a treaty.’ The reason the US has taken that position is quite simple. Washington has long dreamed of ‘controlling and dominating space and denying other nations access to space’. The Air Force Space Command famously displays its logo on the headquarters building at Peterson Air Force Base in Colorado reading ‘Master of Space.’”

“The U.S.-based aerospace industry views space as a new market for weapons and nuclear power. The dream of massive profits trumps logic. With the recent creation of the Space Force, Washington signaled to the world that its goal of control and domination would not be interrupted by sound thinking nor concern for the trashing of the heavens with weapons and more space debris.”

“Members of the Global Network have worked tirelessly for years to build support for a space weapons ban treaty and we are grateful to Russia and China for doing their best to keep the vision of peace in space alive,” said Gagnon. “It is now up to the people around our tiny orbiting globe to help push this important vision to fruition.”

Alice Slater, a member of the boards of both the Global Network and the organization World BEYOND War, said: “The U.S. mission to dominate and control the military use of space has been, historically and at present, a major obstacle to achieving nuclear disarmament and a peaceful path to preserve all life on Earth. Reagan rejected Gorbachev’s offer to give up ‘Star Wars’ as a condition for both countries to eliminate all their nuclear weapons…Bush and Obama blocked any discussion in 2008 and 2014 on Russian and Chinese proposals for a space weapons ban in the consensus-bound Committee for Disarmament in Geneva.”

“At this unique time in history when it is imperative that nations of the world join in cooperation to share resources to end the global plague assaulting its inhabitants and to avoid catastrophic climate destruction or Earth-shattering nuclear devastation,” said Slater, “we are instead squandering our treasure and intellectual capacity on weapons and space warfare.”