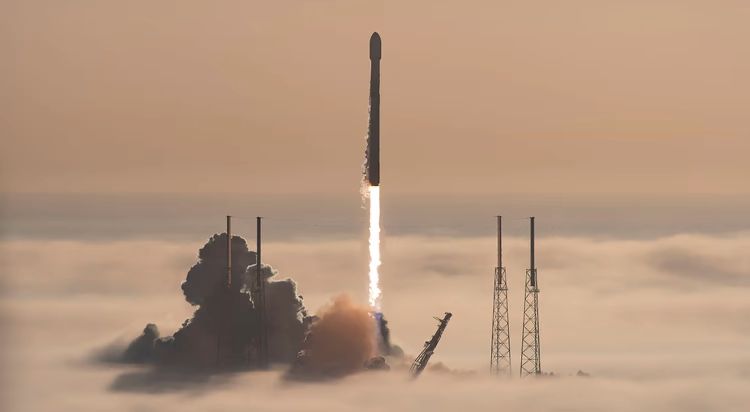 SpaceX has already launched around 2,000 satellites for its Starlink internet service and is now prepared to take it to the next level. Elon Musk has announced that the company will turn on laser inter-communication between satellites to dramatically reduce latency.

“Play games wherever you want,” twitted Musk on June 10, after Youtuber TTTHEFINEPRINTTT shared his first impressions of gaming with Starlink on top of the mountain. Except it is nothing like that. Starlink service offers a decent download speed, but the latencies are horrendous for gaming. With 55-75 milliseconds of latency, you will surely get fragged in no time by fellow gamers with better latencies.

This was quickly pointed out by a gamer in Brazil who complained about the 100 ms ping time. As you can see below, Elon Musk promptly replied with the promise to activate “Starlink inter-satellite laser links” by the end of this year. This means the satellites will relay the internet signal much faster, not relying on the base stations to feed the radio signals from the ground. It should vastly improve signal latency, as light travels a lot faster in a vacuum than in fiber optic cables.

Starlink started launching the latest generation satellites into orbit starting September 2021. They were laser-link capable but not active, relying on radio waves to communicate. At first, the new optical inter-connectivity will be used to connect users in the polar regions. SpaceX already filed an application with the FCC’s International Bureau, with the Committee approving the temporary use of Starlink satellites at latitudes higher than 53 degrees.

“This application requests carefully limited, temporary authority solely to authorize communications between SpaceX satellites and user terminals at elevation angles no less than 10 degrees in polar regions – i.e., at latitudes above 53 degrees,” Starlink explains in the filing. “This application does not seek authority to deploy any additional satellites or earth stations.”

The laser inter-communication already poses complications with the astronomer community. To use the new optical link, the satellites must give up the VisorSat sunshades that dim light reflections coming off the satellites. Brighter satellites impact celestial observations for professional and amateur astronomers.

Starlink inter-satellite laser links should be operational by end of year. This will dramatically reduce global latency.