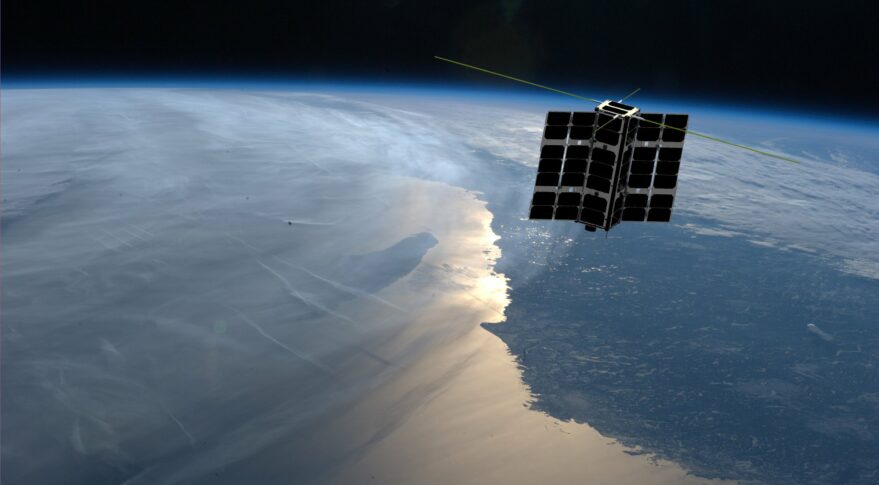 Spire is providing GPS telemetry data to help detect jamming as part of a project run by the U.S. Space Systems Command

WASHINGTON — A constellation of about 40 geolocation satellites operated by Spire Global is collecting data used by the U.S. Space Force to detect GPS jamming, an issue now gaining worldwide attention due to Russia’s use of electronic warfare tactics in the run-up to the invasion of Ukraine.

“All of our fellow space companies … everyone is playing a vital role for humanity in this battle for freedom and democracy,” Spire CEO Peter Platzer told analysts March 9 in an earnings call.

Spire is providing GPS telemetry data to help detect jamming as part of a project run by the U.S. Space Systems Command to figure out way to automate manual data analysis techniques and produce more timely intelligence for military operations.

Slingshot’s cloud platform analyzes data from Spire and other proliferated LEO constellations to detect and locate radio frequency (RF) and GPS interference, which pose serious threats to the safe operation of U.S. satellites.

Conor Brown, director of federal sales at Spire, told SpaceNews that the project is helping the military understand how it can take advantage of commercial data.

Spire’s cubesats use a remote sensing technique called GPS radio occultation that measures properties of the Earth’s atmosphere from space. A radio signal transmitted by a GPS satellite in medium Earth Orbit — about 12,500 miles high — is bent as it travels through the Earth’s atmosphere and received by a satellite in low Earth orbit. GPS RO data is widely used for weather forecasting and climate monitoring.

The 40 radio occupation satellites are constantly collecting GPS telemetry. Brown said an immediate analysis of raw data can indicate signs of nefarious activity, jamming or disruptions in the GPS frequency bands but to get more detailed information, satellites have to do custom collections.

“This is when the government will tell us areas of interest where they would like additional insight, and we task our satellites to collect data over those regions,” he said. “That’s where we really do the signal detection extraction. and analyze for detection of spoofers.”

Spire’s contract ends in June when Slingshot’s prototype will be demonstrated and data will be made available in the military’s unified data library, an enterprise repository created by the Air Force Research Laboratory and the Space Force.

“We do hope that this program gets extended,” said Brown, so the government can take advantage of new satellites that Spire will develop with Sierra Nevada Corp. for RF collection and analysis.

A cluster of four 6U cubesats will be deployed to detect and geolocate objects based on targeted RF emissions. The data is intended to help military and government organizations manage RF emissions and safeguard against RF and GPS interference.

The demonstration of the Slingshot prototype, Brown said, will give the military a taste of how commercial data purchased as a service can be distributed to users around the globe in standardized formats.

“So it’s not just one government office buying the data and making use of it. It’s about taking the data into a system and making that data accessible to any end user that is interested in the RF environment,” Brown said. “So this is a very innovative program in that regard.”