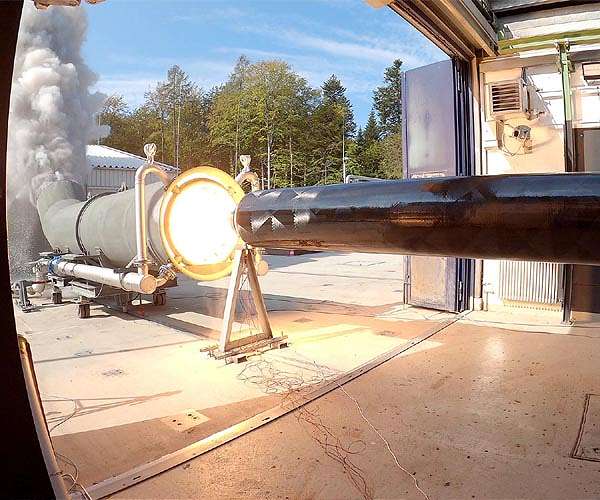 By Staff Writers,
Published by Space Daily, 1 May 2021

Berlin, Germany (SPX) – Many new satellites are smaller and lighter than ever before. They are usually launched as ‘co-passengers’ together with other, larger satellites whose operators define the launch conditions. But a distinct class of launcher systems have now established themselves as a means to deliver small satellites into their target orbits as a primary payload – the microlauncher. In the USA and China, the market for these small launch vehicles is growing very rapidly.

To ensure that German start-ups also benefit from this global ‘New Space’ development, the German Space Agency at DLR launched its microlauncher competition on 15 May 2020. The first winner in the main round of the competition has now been selected by a jury of experts and was announced on 30 April 2021.

“On behalf of the German Federal Government, I congratulate Isar Aerospace Technologies GmbH on their win in this commercial launcher competition,” said microlauncher competition patron and jury chairman Thomas Jarzombek, a member of the German Federal Parliament and the Federal Government Coordinator of German Aerospace Policy.

“Today marks the beginning of a new era of spaceflight in Europe. We are looking forward to being part of the first flight of their Spectrum rocket. ESA’s commercial launcher strategy is a clear role model for the transformation of European spaceflight.”

German space start-up scene is globally competitive
“With Spectrum, the young company has more than just a promising small launcher system in its portfolio,” said Walther Pelzer, Member of the DLR Executive Board and Head of the German Space Agency at DLR.

“Isar Aerospace Technologies GmbH has also presented us with a convincing outline for a viable business model that the jury believes will be able to establish itself on the microlauncher market for the long term. The German start-up scene has thus shown that it is competitive in the international market segment for small launch systems.”

The microlauncher competition is supporting three German start-ups in the development and commercial operation of small launch systems, with a total of 25 million euro from the German contribution to ESA’s launcher programme. The competition criteria include not only the technical design of a launcher service, but also business and financial factors – the goal is the development and implementation of viable business models.

The teams from HyImpulse Technologies GmbH based in Neuenstadt am Kocher, Isar Aerospace Technologies from Munich and Rocket Factory Augsburg qualified for the main round of the competition in July 2020. On 3 November 2020, ESA awarded the first three contracts for 500,000 euros each to the three SMEs from Germany.

The ESA contracts were made possible by funding provided by the Federal Ministry for Economic Affairs and Energy (BMWi) that Germany pledged at ESA’s Space19+ Council at Ministerial Level in Seville in November 2019. HyImpulse, Isar Aerospace and Rocket Factory Augsburg all formed in 2018.

“In the current round of the microlauncher competition, Isar Aerospace Technologies GmbH has come out on top, but HyImpulse Technologies GmbH and Rocket Factory Augsburg AG have also made significant progress,” emphasised Pelzer. “In this close race, both companies and their promising concepts have another chance to receive funding of 11 million euros in April 2022.”

Paradigm shift
Spaceflight is currently undergoing a major transformation. Until around 10 years ago, satellite were designed to be large and heavy in order to carry as many different payloads as possible. The orders for such satellites mostly came from government clients.

Today, more and more private space companies are launching satellites. These companies are more focused on the applications and services generated using satellite data – and the cost of acquiring it. “Today, we have taken a decisive step to establish ourselves at the forefront of change in spaceflight,” said Jarzombek.

“Today there are actually three winners because all three companies have demonstrated that they can develop exciting space technology without burdening the taxpayer and will go to market with highly competitive launchers. Another contract will be awarded next year as part of the competition. It is now important that we open up the procurement of launchers in Europe – at ESA, the EU and in the Member States – so that these three providers can compete fairly with the established ones for contracts and develop a real market.”