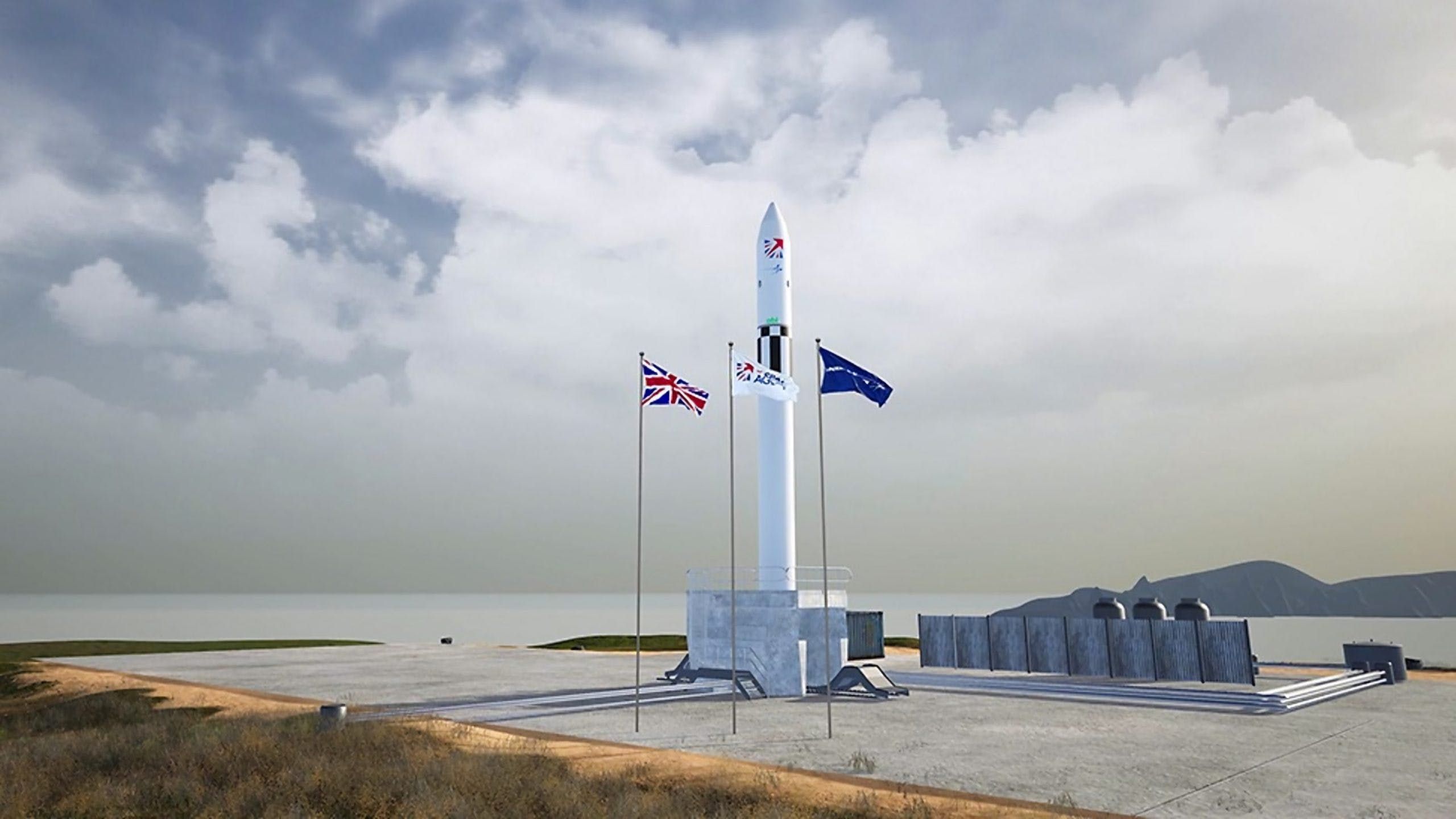 SaxaVord Spaceport has become the second launch facility in the United Kingdom to receive its milestone approval to begin construction. This comes after Sutherland Spaceport, another British vertical launch facility, cleared legalities last year and is now also in a similar position to begin its construction.

The United Kingdom continues to make progress towards both vertical and horizontal launch facilities being built and becoming operational, ready to host a variety of British and international launch providers as soon as this year, with the governmental and commercial ambition to make the country’s presence known in the expanding orbital launch market.

On February 28, SaxaVord Spaceport announced that it had received its planning approval from the prospective facilities’ local authority, Shetland Islands Council. Whilst this approval formally allows for construction to begin, a final consideration could be undertaken by Scottish Ministers in a 28-day review period. Should Ministers not wish to proceed in this final step, or do embark on this review to ultimately agree with the project, construction may begin.

Construction is scheduled to commence as soon as the end of this month, with a “tight” timeline to go operational no earlier than Q3 2022. Frank Strang, CEO of SaxaVord Spaceport, said in an official statement: “Our team will collectively do everything in its power to ensure we can deliver this historic mission for Shetland, Scotland, and the UK.”

SaxaVord, formerly known as Shetland Space Center, has been a five-year project to deliver a vertical launch facility on Unst, one of the Shetland Islands off the northern coast of mainland Scotland.

The Lamba Ness peninsula that the facility will be built upon was historically home to a Royal Air Force (RAF) radar station, RAF Skaw, active during the Second World War. A location beneficial for public safety and orbital inclinations, it attracted opposition from Historic Environment Scotland (HES) through concerns for the history of the former RAF station.

After a contested dispute, HES withdrew its opposition in January. Historical and environmental opposition resolved, the facilities path ahead to construction was expected to be straightforward via private financial backing, launch service providers, and with local and governmental support; the latter eager in making the United Kingdom a space nation.

Economically, the spaceport is expected to be a “catalyst to social and economic benefits” to a highly-remote Scottish region by creating 140 local jobs and 70 on Shetland. By the end of the decade, the Scottish space sector should reach at least £2 billion in economic benefit.

With a projected cost of £43 million and rising to £100 million in five years, the privately-funded spaceport will consist of three launch pads with associated ground support equipment and control centers, integration facilities, and a ground tracking station. SaxaVord has the ambition of refining the facility into being capable of hosting up to 30 launches a year, catering for polar or Sun-synchronous low Earth orbits.

Skyrora is a Scottish aerospace company with experience in launching supersonic sounding rockets, now with the ambition to service the small-satellite market via their three-stage orbital vehicle, Skyrora XL. Standing 23 meters tall and capable of sending 315 kg to low Earth orbit, the company hopes to be launching from SaxaVord 16 times per year by 2030.

Being developmental and not yet launched, Skyrora XL has conducted ground testing, the most notable being its third stage Orbital Transfer Vehicle (OTV) at the end of 2020. The rocket will also utilize “ecosene” as its fuel propellant, made from waste plastic. Skyrora’s orbital debut from SaxaVord is expected later this year.

Another user of SaxaVord will be the California-based ABL Space Systems, chosen to provide the ‘UK Pathfinder’ by Lockheed Martin. UK Pathfinder is touted to be the first-ever orbital launch from UK soil, in what hopes to be a mission that marks the future precedent of orbital launches from British soil.

ABL has been developing their yet unflown orbital launcher, RS1. Standing 27 meters tall, two-stage, and capable of 1,350 kg to LEO, it will send six Lockheed Martin CubeSat payloads into orbit for the UK Pathfinder mission. While predominantly promoted for this historic launch, it is expected that ABL Space Systems will continue to use SaxaVord in the future.

UK Pathfinder is also expected to launch later this year, and if projections hold, could likely be in quick succession with Skyrora’s first mission – however, launch site readiness could delay these service providers, along with launch vehicle readiness which is to be expected with unflown launchers.

The third and newest addition to SaxaVord’s user portfolio will be Venture Orbital Systems (VOS), another aerospace start-up based in Reims, France.

We are delighted to announce our partnership with @SaxaVord_Space ! We will launch our micro-launcher, Zephyr from their space port starting from 2024. We want to thank them and we can’t wait to forge an even stronger relationship between our journeys🚀 https://t.co/jCyzzGgR9v pic.twitter.com/NrtgV4b85x

On March 1, SaxaVord Spaceport and VOS signed a memorandum of understanding for the French company to use the site to launch their Zephyr orbital rocket from 2024, with the intention for 15 launches a year by 2026 and 40 by 2030. Zephyr will be the smallest of the three rockets expected to launch from SaxaVord, being 15 meters tall and capable of lofting up to 80 kg to low Earth orbit.

Also an unflown, developmental launcher, engine tests are expected to be conducted this year in France in partnership with the experienced European launch provider ArianeGroup.

Progress on all fronts

SaxaVord will not be the only vertical launch facility in Scotland. Sutherland Spaceport received its construction go-ahead last year and will be host to the Scottish aerospace company Orbex and their orbital rocket, Prime.

A smaller launch facility than SaxaVord, it will consist of a single launch pad and associated infrastructure but on mainland Scotland, on the northern A’Mhoine peninsula.

More recently, Orbex completed construction and commissioning of Launch Platform 1 (LP1), a platform based at the Kinloss test site that will be used solely for testing of their Prime launcher, in both dry and wet dress rehearsals.

We know that many of you want to see more of our 40-tonne launch platform, so here it is just after commissioning at its new home in Kinloss. It allows us to start testing our launch procedures in readiness for our first launch from @SpaceSutherland #LaunchUK pic.twitter.com/VZP7TXoLtp

The Scottish company also sent their launch license application to the Civil Aviation Authority last month, which will now be assessed by the regulatory authority over the coming months.

Prime launches will take place at Sutherland Spaceport with a tentative first launch before the end of the year, pending factors such as launch site readiness which, like SaxaVord, still requires construction.

Horizontal launch services from Spaceport Cornwall remain on the cards, with Virgin Orbit expected to use existing Newquay Airport infrastructure to fly their Boeing 747 carrier aircraft, releasing LauncherOne off the coast of Britain. The first flight and launch are expected this year, potentially in the timeframe of Queen Elizabeth II’s platinum jubilee celebrations in the Summer according to the company – however, approvals are yet to be received for this kind of space activity from Cornwall.

Last month, Wales published their space strategy which complements the National Space Strategy for the UK, outlining future ambitions notably in the expansion of launch facilities across the country and reaffirming the incentive for the UK to firmly grasp a territorial orbital launch capability into the foreseeable future.