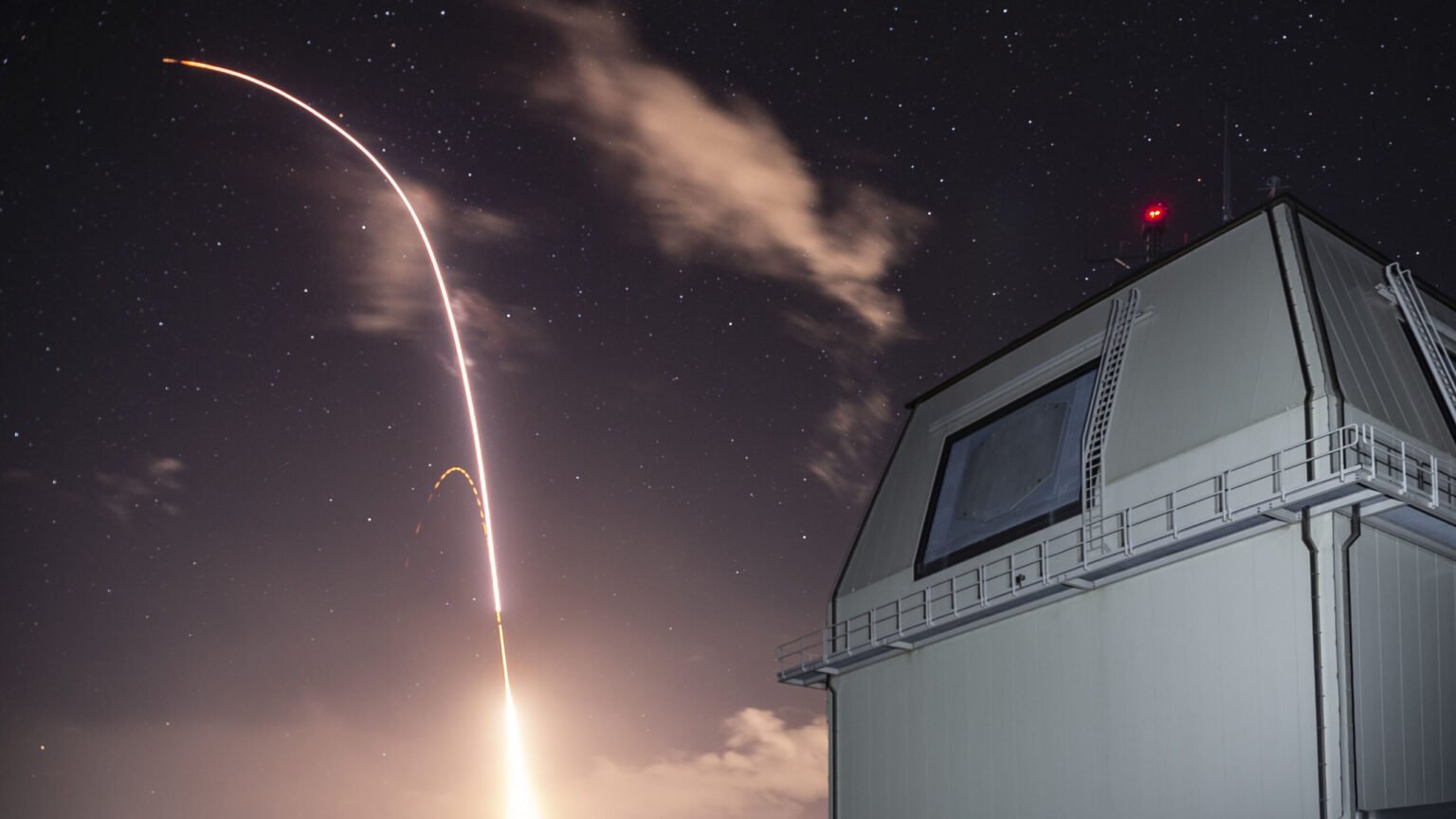 What happens after the HBTSS prototype demonstrations, however, is yet to be determined, according to MDA and industry officials.

WASHINGTON: The Missile Defense Agency’s race to develop new sensors capable of tracking hypersonic missiles from space is close to ticking off a key milestone, with both contractors expected to begin “bending the metal” at the end of this month, according to agency and company officials.

The Hypersonic and Ballistic Space Sensor (HBTSS) program is aimed at building a constellation of satellites in Low Earth Orbit (between about 100 kilometers and 2,000 kilometers up) that can keep tabs on maneuvering hypersonic missiles flying below the range of today’s ballistic missile detection satellites and above the radar of terminal-phase targeting systems.

The HBTSS satellites would be cued by the Space-Based Infrared System (SBIRS) and Defense Support Satellites — and in future the Next-Generation Overhead Persistent Infrared System satellites — that detect the infrared plumes from missile launches. The HBTSS sensors would track the missiles in their high-speed glide phase, then “hand off” targeting coordinates to shooters such as the Navy’s Aegis Ballistic Missile Defense system and the Army’s Theater High Altitude Area Defense interceptors.

Both contractors, Northrop Grumman and L3Harris, are moving into engineering, manufacturing and development of prototypes on schedule, company officials said. MDA down-selected the two firms in January to complete Phase 2B of the HBTSS program which runs through the launch of the two prototype medium field-of-view sensors. L3Harris was awarded $121 million; Northrop Grumman, $153 million.

“What that means is now we can move into the production and manufacturing phase, bending the metal and putting the hardware together, and getting into payload and then vehicle level integration and test on our way towards delivering the vehicle and launching it,” Mike Ciffone, program director at Northrop Grumman Space Systems, told Breaking Defense.

The plan is to launch the prototype in early 2023, he said, after which MDA will conduct some six months of on-orbit demonstrations. “And then at that point, the Missile Defense Agency can choose to continue doing additional testing or end the program,” Ciffone explained.

L3Harris is also on track for a 2023 prototype launch, a spokesperson told Breaking Defense, although the company has yet to complete CDR.

What happens after the demonstrations, however, is yet to be determined.

“MDA will have two primes with two space vehicles to use as on-orbit demonstrators as part of this phase of the program,” Ciffone said. “They have not yet made a decision in terms of subsequent phases for an objective system — their strategy for how many, whether they want to do subsequent down-select, or maintain multiple primes. That decision has not been made by MDA, and so I’d have to defer to them.”

“It is premature to discuss timing for the full constellation,” Wright said.

MDA requested $256 million for HBTSS prototyping in fiscal 2022, and both sides of Capitol Hill have fiercely championed the effort over the past couple of years.