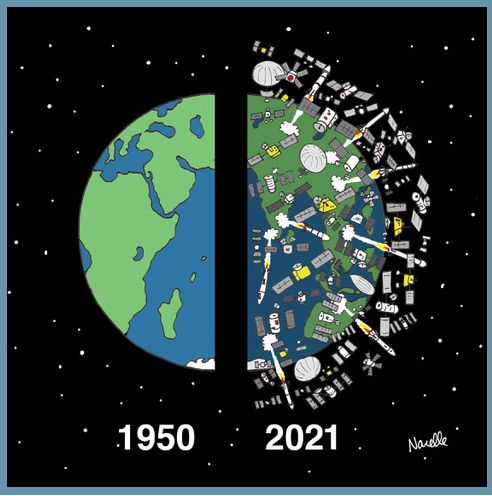 LD 1923, An Act to Establish the Maine Space Corporation

This new Public Private Partnership would manage Federal government contracts, issue bonds, receive tax breaks, and distribute funds for acquiring land and property for a Maine Space Complex, including developing staging and launch sites for sending satellites and launch vehicles into polar orbit from Brunswick, Limestone, and near Jonesport.

LD 1923 is the result of work by the Maine Space Grant Consortium, a NASA funded
organization that promotes aerospace industry interests.

During the February 1 public hearing in Augusta testimony in support of LD 1923 specifically highlighted weaponized uses of the spaceports by Karl Hoose of VALT.

VALT Enterprizes was recently awarded a $6.4 million contract from the Missile Defense Agency (MDA) due to VALT’s capacity to address a wide range of hypersonic mission tests. Hypersonics remain a top priority of the Department of Defense (DoD) with a budget of $3.8 billion in FY2022, and a total $29.3 billion investment by 2025.

Maine’s location and coastline make an ideal launch site location to reach polar orbits, which would make it the only launch location with direct polar orbital access on the east coast.

The sponsor of the bill, Rep Daughtry of Brunswick, has stated that, “The private sector can’t do this without support from public authorities. It will require coordination between federal, state, regional, local and private entities.” This bill will set the process in motion for certain entities in the private sector, universities, and non-profit organizations to receive major financial support support through new federal and state tax-payer funded subsidies.

Perhaps to some this sounds like a benign effort to bring jobs and build Maine’s economy. But we know that similar spaceport projects (see below) have belied the private sector promises and eventually became used for military operations. Not to mention the environmental impacts from fuels leaking into the local water supply and toxic rocket exhausts. This proposal requires citizen action.

The Innovation, Development, Economic Advancement, and Business (IDEA) Committee of the Maine Legislature will discuss and potentially vote on this bill at their Work Session on Tuesday, February 8, 2022, starting 9:30 AM. You can contact members of the committee with concerns about LD 1923 before Tuesday’s work session.

The work session will stream live at:
https://legislature.maine.gov/committee/#Committees/IDEA

The case in Alaska

“We’re trying to be a step ahead of some of our competitors, not only in Canada but also in Alaska,” which already has a spaceport, Terry Shehata (executive director of the Maine Space Grant Consortium) told lawmakers in Augusta last Tuesday. “We want to do this as quickly as possible so we can enter the marketplace.”   Kodiak Island ‘Space Pork’ (as the locals call it) is built on pristine lands where bears, Salmon and Eagles flourish. It was sold to the public as a civilian spaceport but so far only Pentagon ‘missile defense’ (MD) tests have be launched there.   Israel tested their ‘Iron Dome’ MD system from Kodiak and soon India will be testing from there as well.   The spaceport had to close for some time due to a couple very damaging rocket explosions after launch.   Like the Kennedy Space Center in Florida (set in the middle of a nature preserve) after each launch there are bird and fish kills due to the toxic rocket exhaust.

Rockert Lab in New Zealand was sold to the indigenous people whose land it is on as a purely civilian facility and launch site.   Like Kodiak Island in Alaska it has been taken over by the military agenda.   Lockheed Martin Corporation now runs Rocket Lab and the peace community in that nation is protesting this betrayal as military technology is now hoisted from the spaceport.