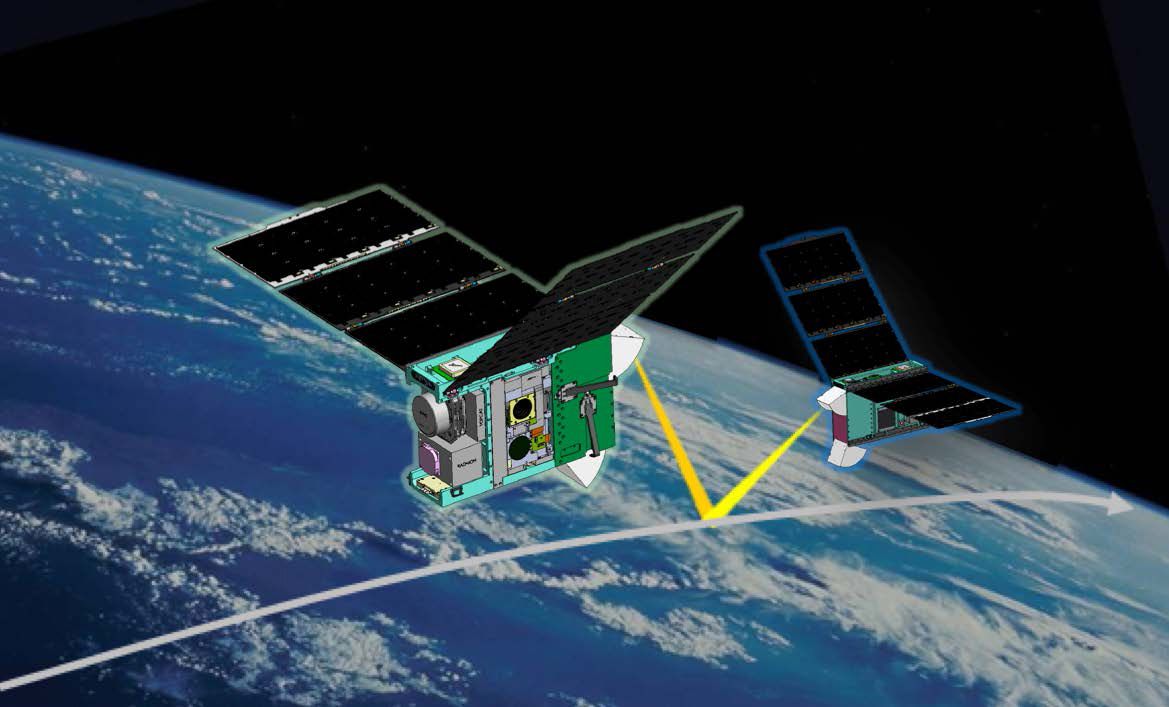 The two shoebox-sized CubeSats will each carry five miniature sensors, two provided by the Naval Research Lab and three by the UK Defence Science and Technology Lab.

The Coordinated Ionospheric Reconstruction CubeSat Experiment (CIRCE) mission was designed by the two labs to study the Earth’s ionosphere and the particle radiation environment. The ionosphere occupies a region around 85 km to more than 600 km in altitude, where solar radiation ionizes the atmosphere, creating charged plasma that interacts with the Earth’s ambient electric and magnetic fields. As a result, the ionosphere can transmit, refract and reflect radio waves.

“CIRCE will help researchers better understand how the ionosphere is changing day-to-day, hour-to-hour and even minute-to-minute, which is important to the Navy, especially for over the horizon communications and radar,” the Navy’s press release explains.

The two shoebox-sized CubeSats will each carry five miniature sensors, two provided by NRL and three by Dstl. They will operate in Low Earth Orbit at about 555 km.

“We are looking forward to a successful launch out of Spaceport Cornwall, and are excited to continue work with our U.K. partners once the CIRCE science data starts flowing,” Andrew Nicholas, CIRCE’s principal investigator, said in the Navy release.

NRL contracted Colorado-based startup Blue Canyon in 2019 to build the two satellites and integrate the sensors.

NRL’s sensor is called the Triple Tiny Ionospheric Photometer (Tri-TIP), and is designed to measure the so-called airglow in the nighttime atmosphere caused by radiation. Two Tri-TIPs will be carried on each CubeSat.

The CIRCE mission was originally planned for launch in 2020 via the Pentagon’s Space Test Program, but was delayed in part due to the COVID-19 pandemic. Now, the CIRCE satellites are slated to fly on the first-ever launch from the UK’s new Spaceport Cornwall. While the UK Ministry of Defence has yet to announce a specific date, officials have said it will take place this summer.

The satellites will be carried by Virgin Orbit’s US arm, the newly named Virgin Orbit National Systems, on the LauncherOne rocket that takes off horizontally from a modified Boeing 747 known as Cosmic Girl.

That launch also will carry two other Dstl CubeSats under a mission called Prometheus-2, in a collaboration with the US National Reconnaissance Office. The experimental satellites, equipped with sensors for monitoring GPS signals and cameras for imaging, will serve as a pathfinder in support of the UK’s future Minerva constellation for space-based intelligence and surveillance.