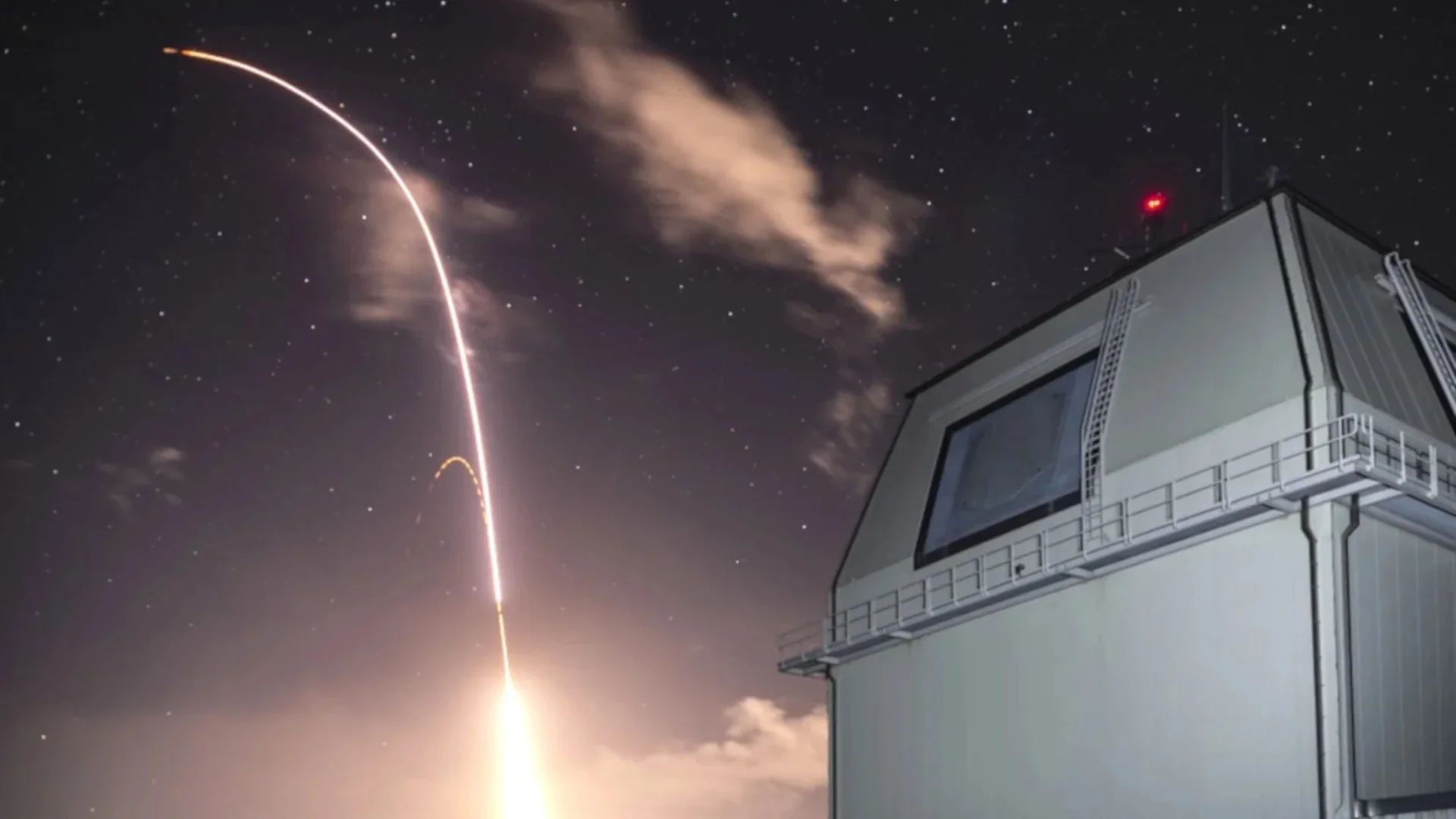 The head of the U.S. Missile Defense Agency has suggested that portions of a future Aegis Ashore site on the strategic American island of Guam in the Pacific could go into bunkers underground or onto mobile platforms. Ostensibly, this is due to Guam’s terrain and limited overall space, but it also speaks to the potential vulnerabilities of such a facility, especially in a major conflict with a near-peer adversary, such as China.

The Missile Defense Agency’s (MDA) director, U.S. Navy Vice Admiral Jon Hill, provided these and other details about the current state of plans for an Aegis Ashore capability on Guam at an event that Center for Strategic and International Studies (CSIS) think tank hosted earlier this week. U.S. military officials have publicly said in the past that their goal is for this site, whatever its configuration might be in the end, to be operational by 2026.

“I can see Aegis being underground or mobile,” Hill said. “It’s not new science separating radars from weapons.”

The existing “Aegis Ashore may not be sufficient,” he added, referring to the general structure of the existing and planned sites.

At present, the U.S. Navy operates one Aegis Ashore site in Romania. A second one is presently under construction in Poland. These facilities, as well as a dedicated test site in Hawaii, all have the same general configuration, consisting of a main “deckhouse” and associated support building, along with a Mk 41 Vertical Launch System (VLS) array installed in a vertical, above-ground structure.

At present, the complete system is primarily designed to engage ballistic threats at different points of their flight using SM-3 interceptors. The modular nature of the Mk 41 means that additional anti-missile interceptors, such as the SM-6 and the in-development Glide Phase Interceptor (GPI), the latter of which is intended to knock down certain incoming hypersonic threats, as well as other weapons, could be integrated into these sites in the future.

The Aegis Ashore deckhouse, which is where the Aegis Combat System and AN/SPY-1 radar, among other things, are installed, was designed to mimic portions of Flight IIA Arleigh Burke class destroyers. The USS John Finn, also known by its hull number DDG-113, served as the template, specifically. This provided a relatively simple way to port over the sea-based Aegis Ballistic Missile Defense (BMD) system into a land-based configuration.

Building a similar facility on Guam presents challenges, according to Vice Admiral Hill, due to the island’s relatively small size and mountainous terrain. The current type of Aegis Ashore site that the U.S. military has developed does require a not insignificant amount of relatively flat open space. It also needs to be positioned in such a way as to maximize the coverage of its radars relative to prospective threats. Geographical factors were among a number of issues that led Japan to cancel plans to build two of its own Aegis Ashore sites last year.

Placing portions of a future Aegis Ashore system on Guam in facilities underneath mountains or on mobile platforms on land, or even just off the coast, could certainly help with figuring out exactly how to make it work, from a basic design perspective, within the physical limitations that the island imposes. It’s worth noting that, after canceling plans for its land-based Aegis missile sites, Japan began exploring more novel alternatives to the existing Aegis Ashore concept, including installing the systems on unpowered floating platforms at sea, as well as building new Aegis-equipped destroyers capable of ballistic missile defense.

On Guam, it could be possible establish at least some portions of an Aegis Ashore system as an addition to or extension of the U.S. Air Force’s already large Andersen Air Fore Base. Another option could be to build an underground facility at the southern end of the island. Actual Launchers for interceptors could be also constructed to fire through apertures in the mountainsides.

At the same time, though Vice Admiral Hill did not speak to it directly, a bigger driving force behind developing a new Aegis Ashore site design for Guam could also help address its potential vulnerabilities. The existing site in Romania, as well as the one being build in Poland, are intended to provide an additional line of defenses against limited ballistic missile strikes launched by smaller “rogue” actors, such as Iran, rather than provide a broader deterrent or more robust missile defense capability in the context of an all-out war. Their entirely static and above-ground nature would make them prime targets and give them a very low degree of survivability in any sort of large-scale conflict.

“Its fixed missile magazine and radar would be vulnerable to attack and would fall short against the bombardment possible from China,” Timothy Walton and Bryan Clark, a fellow and a senior fellow, respectively, at the Center for Defense Concepts and Technology within the Hudson Institute think tank wrote in an op-ed for Defense News last year. “Instead of Aegis Ashore’s large, single C2 node, a distributed architecture would virtualize the Aegis Combat System to allow multiple facilities or mobile vehicles to serve as miniature air operations centers. The mobility of sensors, effectors [interceptors or other anti-missile weapons] and C2 nodes in this architecture would enable the employment of camouflage, concealment and deception, including decoys, to complicate enemy targeting and increase the number of weapons needed to ensure a successful attack.”

A distributed, open-architecture concept would also provide a way to link Aegis Ashore components to other anti-missile defenses on Guam, as well as provide greater coverage when it comes to detecting a potentially diverse array of incoming threats and then attempting to knock them down. There is already a U.S. Army Terminal High Altitude Area Defense (THAAD) battery on the island, but it is only capable of intercepting ballistic missiles in the terminal stages of their flight. Its primary sensor, the AN/TYP-2 radar, is also unidirectional, meaning it does not provide 360-degree coverage against incoming threats.

In his remarks earlier this week, Vice Admiral Hill made clear that he felt a multi-layered defense architecture would be required to adequately protect Guam against existing and future threats. However, it’s also worth noting that the potential vulnerability of these existing air and missile defenses has been raised before, as well, including here at The War Zone after we obtained information about worrying incidents in 2019 involving mysterious drone overflights of the THAAD battery’s positions.

How an Aegis Ashore system with underground and/or mobile components might actually work remains to be seen and does also raise questions about potential negative impacts to operational capabilities. Even with mobile platforms, it could be difficult to distribute the complete system in such a way within the confines of Guam that would make it truly difficult for an opponent to target it. As already noted, there is simply limited physical space on the island to work with, at all.

Land-based mobile elements could be kept more safely in underground or otherwise hardened garages until needed, a deployment concept the Air Force used for the BGM-109G Ground Launched Cruise Missile (GLCM) at the end of the Cold War. However, in missile defense, the time between when a threat is first detected and when it enters the optimal engagement window is often very limited. The available time to then attempt an intercept is likely to be even more truncated. Even with personnel on standing alert, the time it would take to move vehicles out of their bunkers could make this concept impractical, at best.

Beyond that, during a high-end conflict in the Pacific, any near-peer opponent, particularly China, would likely launch saturation strikes across the entire island, which is home to numerous key U.S. military bases, launching multiple weapons at individual targets to further increase the chances of successfully neutralizing them. This is a reality that is already pushing the U.S. military, as a whole, to work on expanding its available basing options to mitigate the optional impacts of losing access to established facilities during any major future conflict, including ones in the Pacific. The Air Force is notably building up alternate air base facilities on the island of Tinian, just 100 miles or so north of Guam, for the exact reason.

The costs and complexities associated with significant underground construction mean that any major work to bury Aegis Ashore components, or any other missile defense systems, under Guam’s surface away from threats could be a major undertaking. MDA has asked for just under $120 million, a relatively small amount, for activities on the island, which are not limited to plans for Aegis Ashore, in its budget request for the 2022 Fiscal Year.

U.S. Indo-Pacific Command (INDOPACOM), the top American military command in that region, has previously said it wants at least around $1.6 billion just for Aegis Ashore on Guam. INDOPACOM has said that this missile defense capability is key to its proposed Pacific Deterrence Initiative (PDI), which is aimed at countering China and that you can read more about here.

“Guam is a target today. It needs to be defended, and it needs to be prepared for the threats that will come in the future,” Navy Admiral Phil Davidson, head of INDOPACOM, told members of Congress at a hearing in March. “China’s own Air Force has put out a propaganda video showing their H-6 bomber force attacking Andersen Air Force Base at Guam and distributed that quite publicly.”

It’s also worth noting that the Navy has also been advocating for a land-based Aegis missile defense capability in Guam in order to free up Arleigh Burke class destroyers for other missions, during peacetime and war. “We need to free up those guided-missile destroyers, who have multi-mission capability to detect threats and finish threats under the sea, on the sea and above the sea, so that they can move with a mobile and maneuverable naval forces that they were designed to protect and provide their ballistic missile defense,” Admiral Davidson said at a separate event that the American Enterprise Institute think tank hosted in March.

“It’s [a] return on investment,” he continued. “For the cost it takes to build that facility and flesh it out, I free up at least three [Arleigh Burke] ships in conflict and probably more ships in crisis. You know, in the deterrence phase, they keep up a rotation and do all that kind of stuff going forward.”

How the U.S. military’s plans for Aegis Ashore on Guam, or for a derivative system integrated with other missile defenses, ultimately take shape remains to be seen. “I don’t think anyone is going to be surprised,” Vice Admiral Hill said at the CSIS event earlier this week.

Whatever configuration the system takes on in the end, the U.S. military clearly seems very committed to establishing a more robust missile defense capability on this highly strategic island as competition with China in the region continues to heat up.