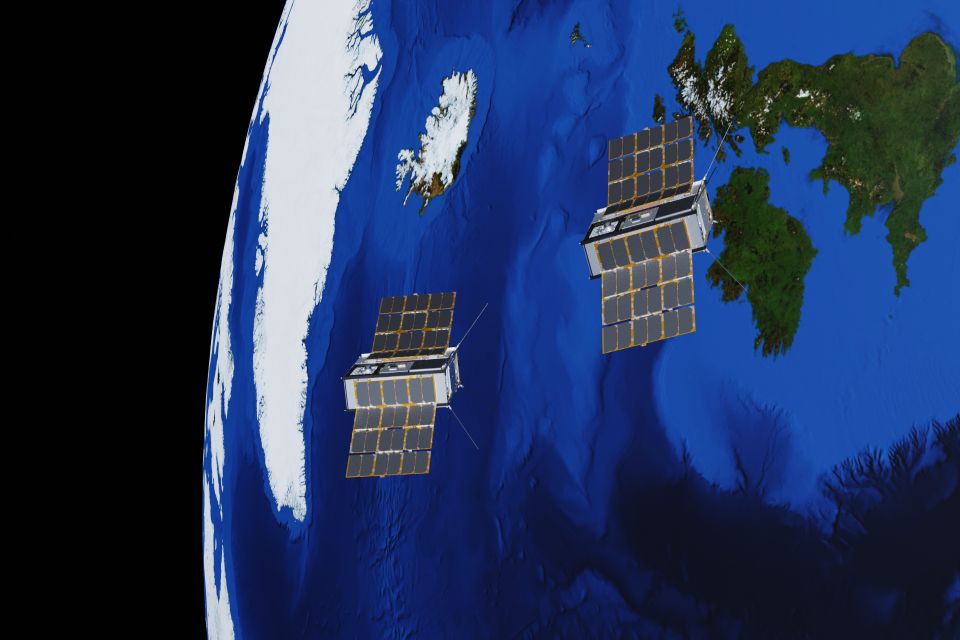 From: Ministry of Defence, UK Space Agency and Defence Science and Technology
Published by UK Government, 10 May 2022

As part of a three-year mission two satellites will operate close to Earth experimenting and test imaging and interoperability.

The first satellite launch from the UK will take place this summer as Prometheus-2 takes off from Spaceport Cornwall in Newquay, the Defence Procurement Minister, Jeremy Quin has announced today.

Built by In-Space Missions Ltd, based in Hampshire, and designed with Airbus Defence and Space, Prometheus-2 is a collaboration between the UK Ministry of Defence and international partners, including the US National Reconnaissance Office (NRO).

Two shoebox-sized satellites, ‘Cubesats’, will provide a test platform for monitoring radio signals including GPS and sophisticated imaging, paving the way for a more collaborative and connected space communication system with our allies.

This space mission will allow MOD to better understand how the UK and its international partners can work together to create a more capable and flexible system at a lower cost than could be achieved alone. The technology on board the satellites will enable MOD to identify new techniques and algorithms for operating satellites and data processing.

Space technology is crucial for developing Defence capabilities and the launch of Prometheus-2 represents another important step forward for our homegrown space programme.

This collaboration with In-Space Missions and Airbus paves the way for the UK to become a more resilient, more robust and more significant global space entity.

We are putting the UK at the forefront of small satellite launch, providing world-leading capability for commercial customers and governments within a global market, opening new opportunities and inspiring the current and next generation of British space scientists, engineers and entrepreneurs.

These satellites showcase the UK’s strengths in designing and building satellites. Being able to launch from the UK and across Europe for the first time will boost our satellite industry further, create high skilled jobs across the country and deliver a key ambition of the National Space Strategy.

We are thrilled to be part of another trailblazing endeavour with the first-ever launch of a commercial rocket from Western Europe.

It’s an honour to join the United Kingdom’s Ministry of Defence in announcing this historic enterprise. We look forward to this remarkable achievement as the foundation of an even stronger collaboration between our nations.

The Cubesats will each have separate equipment on-board to test novel concepts as a pathfinder in support of the Minerva constellation for future space-based intelligence and surveillance.

This is a great example of the power of international collaboration – a key tenet of our Defence Space Strategy. Prometheus 2 will deliver immense value to the UK MOD’s future space programme and, thanks to our partners in the National Reconnaissance Office, this highly-capable satellite will launch from UK soil this summer.

I am hugely proud of what we have achieved together and this is just the beginning.

The Prometheus-2 mission, with the first ever directly owned Dstl satellites, exemplifies the decades-long collaborative relationship with our international allies, and shows how we can best partner with industry. It will achieve critical R&D outcomes and help increase our pool of qualified space personnel to help grow the UK’s capability to deliver space systems in the future.

The Cubesats will be carried on Virgin Orbit’s Launcher One rocket which takes off horizontally from a modified Boeing 747 jet, named Cosmic Girl. They will operate in low Earth Orbit, around 550km above the Earth and 50-100km apart at 17,000mph.

Cubesat 1 – includes a hyperspectral imager, a laser detector and a GPS receiver. The hyperspectral imager will capture multiple slivers of pictures over different wavelengths of light for higher definition images. The GPS receiver confirms the precise time and position of the satellite over the area of the Earth to be photographed.

Cubesat 2 – includes two optical imaging cameras, a laser range finder, and a GPS receiver. One camera will be fitted with a wide-angle lens for a 180-degree view of Earth’s surface with the second camera observing the other Cubesat 1 to support space situational awareness and enables us to understand what else orbits the Earth.

These satellites will support MOD’s science and technology activities both in orbit and on the ground, through continued development of Dstl’s Hermes ground-station based in Portsmouth, and enabling improved coordination and collaboration with our international partners.