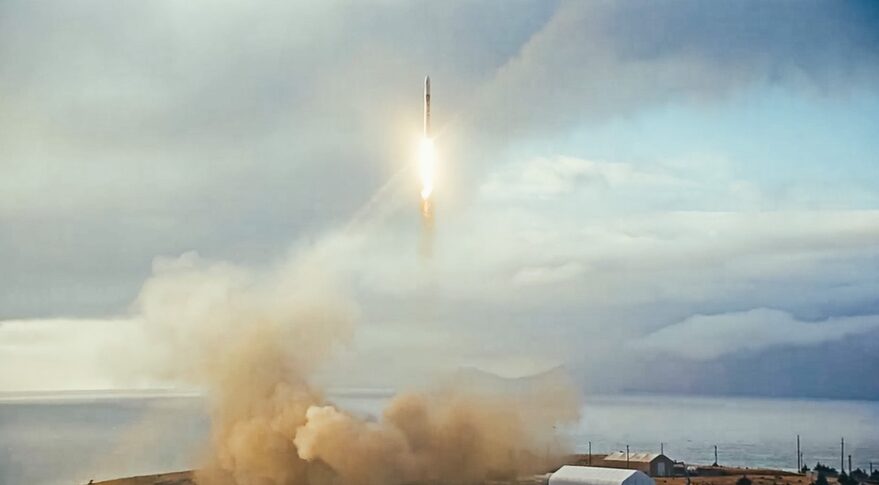 The company announced it would attempt the launch of RS1 from the Pacific Spaceport Complex – Alaska (PSCA) on Kodiak Island at 6:27 p.m. Eastern. The company was not webcasting the launch, instead offering updates via social media.

The company announced more than 20 minutes after the scheduled liftoff that the launch had failed. “After liftoff, RS1 experienced an anomaly and shut down prematurely,” the company tweeted. “The team is working through our anomaly response procedures in coordination with PSCA and the FAA.”

The company said in subsequent updates that the nine engines in its first stage shut down simultaneously after liftoff, causing the vehicle to fall back to the pad and explode. The company did not disclose when after liftoff the shutdown took place or the altitude the rocket reached. The explosion damaged the launch facility but no personnel were injured.

“This is not the outcome we were hoping for today, but one that we prepared for,” the company said.

RS1 is a small launch vehicle that ABL had been developing, capable of placing up to 1,350 kilograms into low Earth orbit. The two-stage vehicle has nine of its E2 engines in its first stage and one vacuum-optimized E2 engine in the upper stage, using kerosene and liquid oxygen propellants. The vehicle is designed to launch from facilities with minimal infrastructure.

On the inaugural launch, the RS1 was carrying two smallsats for OmniTeq. The mission was designed to demonstrate OmniTeq’s Equalizer deployer as well as test its VariSat high-frequency radio payload.

The failure came after several scrubbed launch attempts in November and December. The company halted its first launch attempt Nov. 14 a half-hour before liftoff because of a valve failure in the pressurization system in the rocket’s lower stage fuel tank. A second attempt Nov. 17 made it to T-1.8 seconds before stopping because of low pressure in half its gas generators when attempting ignition of the first stage. The company concluded that it had not properly conditioned the liquid oxygen in the vehicle.

A third attempt Nov. 21 was aborted at T-1.75 seconds because of low pressure in the system used to ignite the engine, using a substance called TEA-TEB. “This one was close,” the company said in a later recap posted on its website, as the pressure was just below the threshold for halting the launch. “If we had been just 0.3% less conservative, RS1 would have flown that day.”

ABL scrubbed a fourth attempt Dec. 8 at T-6 minutes for what the company later explained as “unexpected electrical interference” in the rocket’s avionics. That interference, the company said, was seen only when the vehicle was loaded with propellant.

ABL has raised several hundred million dollars from venture capital firms, with Lockheed Martin as both a strategic investor and a major customer. Lockheed signed a contract in April 2021 for as many as 58 RS1 launches through the end of decade and also selected the RS1 to perform its “U.K. Pathfinder” launch from the SaxaVord Spaceport in the Shetland Islands later in 2023.

The RS1 failure took place almost exactly 24 hours after Virgin Orbit’s LauncherOne rocket suffered an unexplained anomaly during its “Start Me Up” mission from Spaceport Cornwall in England. That problem took place while the second stage was firing, but the company has not provided additional details about the failure. That failure took place on LauncherOne’s sixth mission, and after four consecutive successes.

It is also the fourth launch failure in less than one month. A Vega C rocket suffered a malfunction on its second launch Dec. 20. Arianespace and the European Space Agency are jointly investigating that failure, and have provided no updates since a briefing the day after the accident.

Zhuque-2, a rocket developed by Chinese private launch company Landspace, malfunctioned on its inaugural launch Dec. 14. Zhuque-2 was attempting to be the first launch vehicle using methane as fuel to reach orbit.