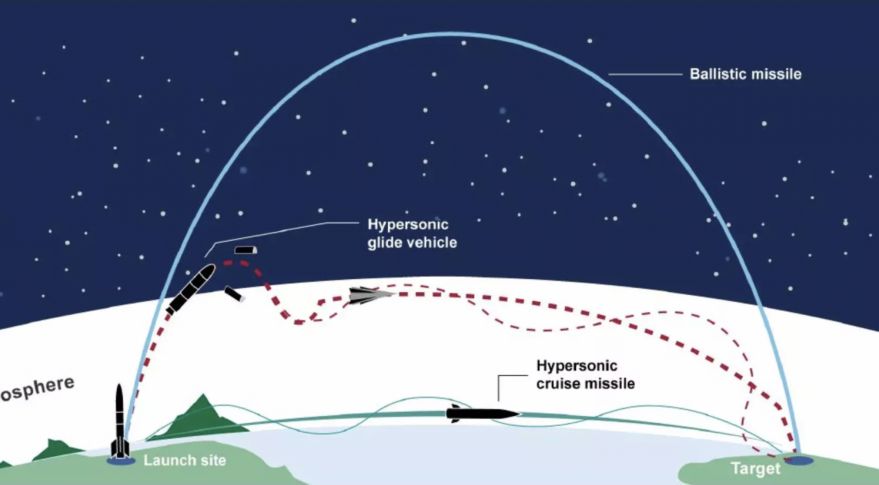 WASHINGTON — A $550 million increase to the Pentagon’s 2022 budget was directed by Congress to procure sensor satellites and launch them to low Earth orbit to detect and track Russian and Chinese hypersonic missiles.

These funds are only a down payment to kickstart the deployment of the Tracking Layer Tranche 1, a constellation of 28 infrared sensor satellites that would cost about $2.5 billion to procure and launch, a senior defense official told reporters March 15.

DoD’s Space Development Agency (SDA) in 2020 bought the first eight satellites of the Tracking Layer — four from L3Harris and four from a SpaceX-Leidos team. Both have passed design reviews and are scheduled to launch in 2023.

The agency planned to start buying the next batch of 28 satellites in 2022 but no funding had been requested in the Pentagon’s budget. The official said DoD had to make budget tradeoffs and the Tracking Layer did not make the cut. Had Congress not added the $550 million, the procurement of the Tracking Layer would have been delayed until fiscal year 2023. “Appropriators knew that advanced missile tracking was a key mission that needed to be addressed,” the official said.

Senate appropriators initially recommended adding $750 million but the House pushed back and they compromised on $550 million.

“The $550 million allows us to start early,” the official said. “The total Tranche 1 budget would be closer to $2.5 billion.”

Congress in the spending bill requires SDA to use the $550 million to demonstrate how the tracking satellites would protect U.S. forces in the Indo-Pacific region. The defense official said SDA would need to deploy all 28 satellites to get nearly global coverage, including the Indo-Pacific area. The $550 million is not enough to accomplish that so the expectation is that DoD will request the needed funding in the upcoming budget proposal.

In the face of Russian aggression in Ukraine and China’s rapid advances in hypersonic missiles, it’s not surprising that appropriators saw the need to fund these satellites, the official said.

“The one thing that the recent events have shown us is that these capabilities are not something that we want to delay in fielding,” he said.

SDA is expected to release a solicitation for the 28 tracking satellites in the next one to two weeks. Two vendors are likely to be selected to supply 14 satellites each. The first 14 would launch in 2024 and the second half in 2025.

If successful, the Tracking Layer would be the first U.S. defense system to provide global coverage for missile detection and tracking.

Current DoD geostationary satellites provide global missile warning and detect launches of short-range and intercontinental ballistic missiles, but they were not designed to track advanced maneuvering missiles like hypersonic glide vehicles. By virtue of being closer to Earth, the Tracking Layer satellites can see targets with greater fidelity, the official said.

The Congressional Research Service, which provides independent analysis of issues for congressional committees, noted in a recent report that there are still unanswered questions about DoD’s abilities to pull off a complex technical feat like a global hypersonic missile defense network.

CRS analysts suggested that Congress should press DoD to answer key questions, such as whether the proposed hypersonic missile defense options are “necessary and technologically feasible.”