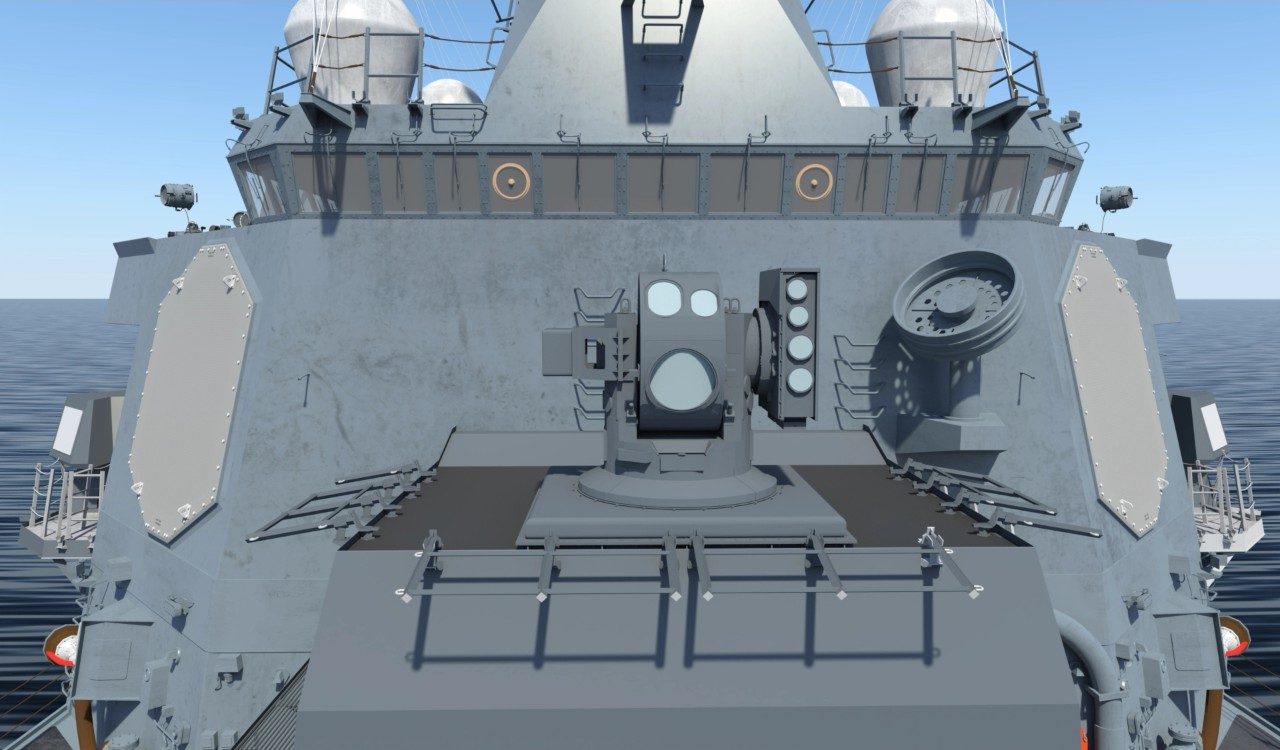 By Sakshi Tiwari,
Published by The Eurasian Times, 28 August 2022

The US Navy is exploring the novel technology of Directed Energy Weapons (DEWs) against Chinese and Russian hypersonic weapons in the absence of a potent defense against these highly maneuverable missiles.

The top admiral of the US Navy, Michael Gilday stated that directed energy systems are being developed as a potential countermeasure against hypersonic missiles, calling the advancements made by Russia and China in hypersonic weapon technology “a significant concern.”

The development of devices that would use high-energy lasers or high-power microwaves to remove a threat is a major priority for the Navy, according to Adm. Michael Gilday, Chief of Naval Operations, who is also the Chief of US Missile Defense Agency.

The statement comes a few days after the US Navy secured the delivery of a high-energy laser weapon called ‘HELIOS’ from defense giant Lockheed Martin. The acquisition made way for installation on warships, marking a significant step forward beyond isolated testing and toward real combat.

It is widely known that hypersonic missiles are very difficult to intercept due to their incredible speed, unpredictable trajectory, and their ability to enter space and then re-enter the atmosphere using Hypersonic Glide Vehicle (HGV).

While the US is working towards layered anti-hypersonic missile defense, it is still years away.

The US Navy currently uses the Aegis Ballistic Missile Defense System deployed on   Arleigh Burke-class destroyers and Ticonderoga-class cruisers, designed to intercept ballistic missiles in the post-boost phase and before re-entry. However, it cannot intercept highly maneuverable Chinese and Russian hypersonic missiles.

To combat the threat posed by these hypersonic missiles in the backdrop of tensions with its adversaries, the US has been exploring the possibility of using DEWs as a defense against these formidable and super-fast missiles.

The American Emphasis On DEWs

A possible method of thwarting hypersonic weapons is to deploy directed energy systems, which employ lasers or microwave transmitters to damage a system or interfere with its electronics, according to the US official.

In essence, DEWs are weapons that destroy, damage or incapacitate targets with highly focused energy, including lasers, microwaves, or particle beams. They employ a beam of concentrated electromagnetic energy for their functioning.

They can be operated at high speeds to allow them to cause disruptive effects to facilities, vehicles, personnel, and equipment in an efficient manner.

The fiscal 2022 National Defense Authorization Act that was passed in December 2021 granted the Missile Defense Agency the power to study and develop laser technologies for use in ballistic and hypersonic missile defense applications.

The Defense Department considers directed energy systems to be a technology area of utmost importance, according to Heidi Shyu, the Under Secretary of Defense for Research and Engineering.

Earlier this year, Shyu said that DEWs which use lasers or microwave emitters to destroy targets have finally reached the point of technological maturity where the military can field them.

In June 2022, the House Armed Service Committee panel asked the Department of Defense to submit a strategy for defeating hypersonic missile threats using asymmetric capabilities, including directed energy and microwave systems, among other things. Several US Defense contractors are already invested in developing DEWs.

The discourse about using DEWs to destroy hypersonic missiles has been around for a while. US Defense Contractor Northop Grumman stated that it was partnering with the US Department of Defense to explore high-wave microwave systems as a part of a layered approach to air defense.

According to Aerospace and Defense Analyst Girish Linganna, “Directed energy systems use lasers or microwave emitters to eliminate a system or disrupt its electronics. They transmit a lethal force at the speed of light, i.e. around 3,00,000 kilometers per second.

Secondly, the atmospheric drag, and the constraining effects of gravity, do not affect the beams of these weapons. Third, these weapons are extremely precise. Fourth, varying the intensity and type of energy delivered against targets can change the effects of DEWs.

We know that hypersonic missiles travel with a speed of Mach 5 i.e. 5 times the speed of sound. Any particle emitted by lasers or DEWs(Directed Energy Weapons) travels at the speed of light. So it is very highly possible that lasers can disable the onboard systems or outright destroy it.”

The US is in the process of developing anti-hypersonic defense systems, many of which are in various phases of development. For instance, the US Missile Defense Agency (MDA) is working on a Glide Phase Interceptor (GPI) to intercept the hypersonic missile and shoot it down in the middle of the flight’s most vulnerable phase.

Further, the US Space Development Agency has announced two new contracts for a constellation of missile surveillance satellites. Chinese and Russian hypersonic missiles will be tracked and observed by these satellites. On July 18, L3Harris and Northrop Grumman received the contracts, which have a combined value of $1.3 billion.

At the time, the director of the Space Development Agency, Derek Tournear had explained that there would be two layers – a Transport Layer and a Tracking Layer of satellites that send data to ground troops, ready to kill the missile.

While Gilday did not give details about how the DEWs would hit the hypersonic missile, the surveillance satellites would probably take on the task.