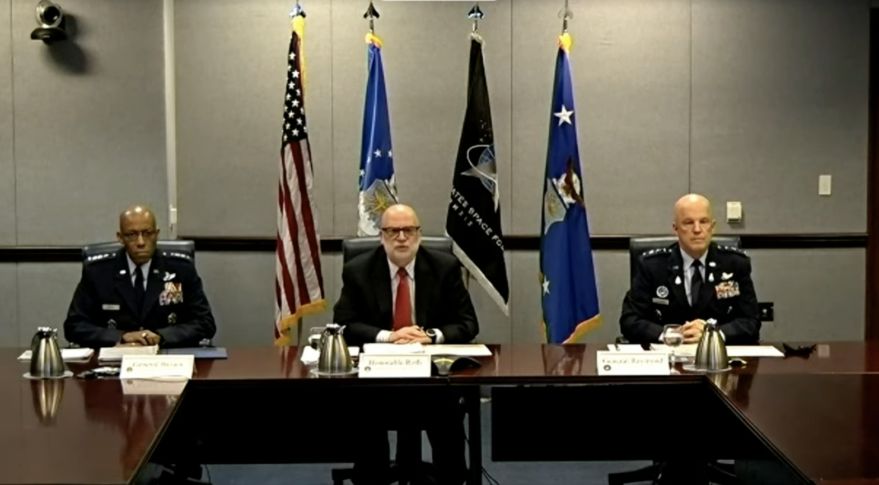 By Sandra Erwin,
Published by Spacenews, 7 May 2021

Rep. Betty McCollum: ‘Too often over the past two decades, space acquisition programs have been delivered late and over budget.’

WASHINGTON — The U.S. Space Force has moved quickly to organize its operational units since it was established 16 months ago. But Congress would also like to see the service make headway in acquisition programs, the chair of the House Appropriations Committee’s defense subcommittee said May 7.

“Progress in addressing longstanding acquisition issues has been disappointing so far,” Rep. Betty McCollum (D-MN) told the leaders of the Department of the Air Force during a posture hearing.

“We have serious problems” that the Government Accountability Office has documented over many years, McCollum said.

“Our committee staff has bookshelves of such reports,” she said.

McCollum mentioned the Global Positioning System ground system and user equipment; and missile warning satellites, as examples of programs that GAO has identified as problematic.

“Too often over the past two decades, space acquisition programs have been delivered late and over budget — sometimes billions of dollars over budget,” she said. “The intent of establishing the Space Force was to fix these issues.”

The Space Force, which was carved out of the former Air Force Space Command, inherited the Air Force’s big-ticket space acquisitions. Nevertheless, the Space Force in its second year in existence needs to show it can turn things around, McCollum said. She noted that more than 80 percent of the Space Force’s funding goes toward acquisitions.

“Space acquisition appears to be simply the sum of its previous parts with minor tweaks around the edges,” she said.

McCollum cautioned that that the Department of the Air Force has yet to resolve “fundamental issues on roles, responsibilities and authorities between its various space acquisition units.”

McCollum was especially critical of the absence of a Senate-confirmed civilian space acquisition leader, a new position that Congress directed the Air Force to fill by October 2022. She criticized leaders for not taking this seriously. “Overseeing and leading an organization attempting to deliver such technically complex systems is not a part-time job, which is how it has been handled in the past,” he said.

“Nowhere is the lack of progress more evident than the absence of senior civilian acquisition leadership solely focused on space within the Department of the Air Force,” McCollum added. “I believe this person should have responsibility for aligning program plans, budgets, and integrating those plans across the Department.”

With Congress preparing to consider the Biden administration’s budget request for fiscal year 2022, the Space Force needs to take action to address these issues, McCollum said. “This committee’s support for Space Force hinges on how well it manages the funding the taxpayers provide.”

McCollum praised Biden’s nomination of “seasoned acquisition expert” Frank Kendall as secretary of the Department of the Air Force.

Responding to McCollum’s statements, Roth said the Air Force is moving as fast as possible to fill the space acquisition post. “The position should have been filled last year. For reasons beyond our control it was not filled,” said Roth.

He said he expects the administration to put forward nominations soon.

With regard to space acquisitions, Roth said “staying on schedule and performing takes attention.”

The Air Force and Space Force are working to speed up acquisitions by reducing the number of bureaucratic layers and delegating authorities, said Roth. He recognized that “we over promise and under perform.”

Raymond said the Space Force is making changes. “We have to go faster,” he said.

Space acquisition organizations are being reorganized under a new Space Systems Command that will bring “unity of effort” and help manage programs more efficiently, said Raymond.

He said he agreed with McCollum on the need for a civilian space acquisition executive.

“The reason we have a Space Force is to be disruptive and create change,” said Calvert.

China is rapidly advancing in the deployment of satellites. “We can’t continue to rest on ‘relatively old technology,’” said Calvert.

Raymond said the Space Force now has “a great opportunity” to work with allies and commercial partners.