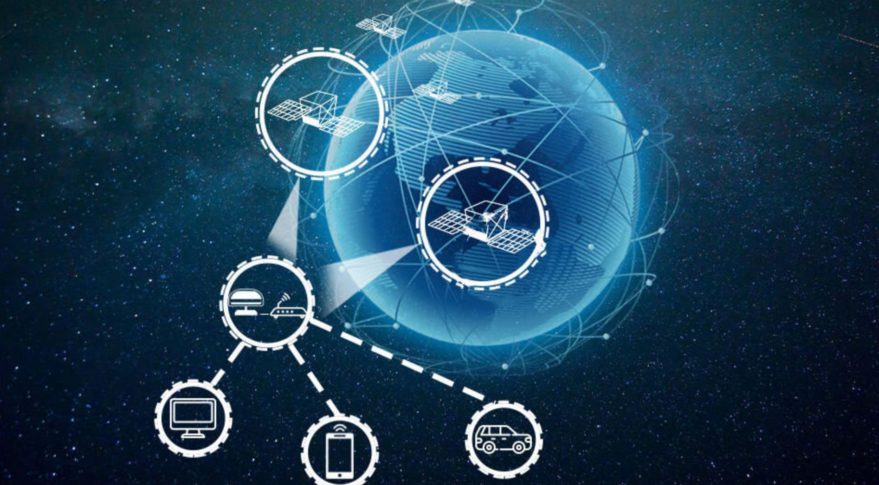 This was Beijing’s fifth launch of the year, with the China Aerospace Science and Technology Corporation (CASC) aiming for more than 50 launches in 2022.

“Today’s launch proved that China has the capability to build satellite internet constellation at large scale, which includes the ability to mass-produce satellites at low cost as well as to operate in a network,” the GalaxySpace’s co-founder Chang Ming told state-owned CGTN.

Together with the company’s first satellite which was placed into orbit two years ago, these six will form a testing network that is expected to provide uninterrupted broadband communication services for more than 30 minutes at a time.

The six satellites are designated GS-2, GS-AP01, 02 and 03 and GS-2BP01 and 02 and the experimental network has been nicknamed “Mini-spider Constellation”. Each satellite has a mass of 190 kilograms and is capable of data speeds of 40Gbps, as per the company’s claims.

GalaxySpace is a Beijing-based company that makes small telecommunications satellites. It was founded in 2016 with plans to establish a private constellation of 1000 LEO satellites that would compete with Space X’s Starlink. The company claims that its factory in Nantong can produce 300-500 satellites per year.

In 2020, Xi Xiaofei, founder and CEO of the company said that his cheap broadband communication satellites will shorten the gap between China’s and America’s satellite mass-production capabilities “within two years.”

That said, GalaxySpace has a long way to go in order to catch up with Starlink which already has 2000 satellites in the orbit with plans underway to launch an additional 12,000 to become the world’s largest satellite internet constellation.

Meanwhile, GalaxySpace distinguishes itself with promises of providing the first constellation that will deliver 5G connectivity to consumers, potentially offering download speeds of over 500 Mbps and at least 80 Mbps under the worst possible weather conditions. Whereas, Starlink can only offer speeds of 110 Mbps for consumer use.

However, even if the company realizes its vision, it will still not be able to compete with Starlink’s plans to have 12,000 LEO satellites and perhaps therefore it is possible that GalaxySpace’s planned private constellation will be absorbed as part of Chinese government plans for national broadband constellation dubbed, ‘GuoWang’.

As Eurasian Times has reported earlier, GuoWang will be a mega constellation of 13,000 satellites that will be incorporated and coordinated by a communications base station in Chongqing.

China’s spectrum allocation filings submitted to the International Telecommunication Union (ITU) in September last year revealed plans for a LEO constellation of 12, 992 satellites with possible sub-constellations ranging from 500-1,145 kilometers in altitude with inclinations between 30-85 degrees. These will operate across a range of frequency bands.

In a related development, China’s State Administration of Science, Technology and Industry for National Defense (SASTIND) has called for orderly development of small satellites to provide surveillance over much of the Earth and strengthen internet facilities with the aim of improving 5G and terrestrial communications for rural areas.

Also, Beijing can extend the coverage of these services to countries covered under its ambitious Belt and Road Initiative, thus competing with Space X’s Starlink.

Satellite internet constellations can also improve a country’s C4ISR capabilities for its armed forces. For example, in the ongoing Ukraine crisis, Starlink terminals supplied by SpaceX have restored communications in those parts of the country where internet or phone connection had stopped following the shelling by Russian troops.

”Starlink was the only non-Russian communications system still working in some parts of Ukraine in the wake of Russia’s invasion,” claims SpaceX founder Elon Musk.

Chinese military experts have also drawn attention to the military potential of the satellite internet constellations and highlighted the gap between China and the US, urging the government to keep track of other countries’ LEO satellite internet progress that could be leveraged by foreign militaries to have battlefield advantage.

Another matter of concern for Chinese analysts is the scarcity of frequency bands and orbital slots for satellites to operate, which they think are being quickly acquired by other countries.

A viable LEO satellite internet capability could enhance the speed and coverage of Chinese military communications in distant or sparsely populated theaters, particularly in support of aircraft or ships operating outside the First Island Chain.

In a similar vein, the US is racing to establish the next-generation military communications network based on satellite internet capability.

Last month, the US Space Development Agency awarded a $1.8 billion contract for 126 optically-interconnected space vehicles (SV) that should be ready for launch by 2024. These LEO SVs will form the initial tranche of America’s National Defense Space Architecture (NDSA).