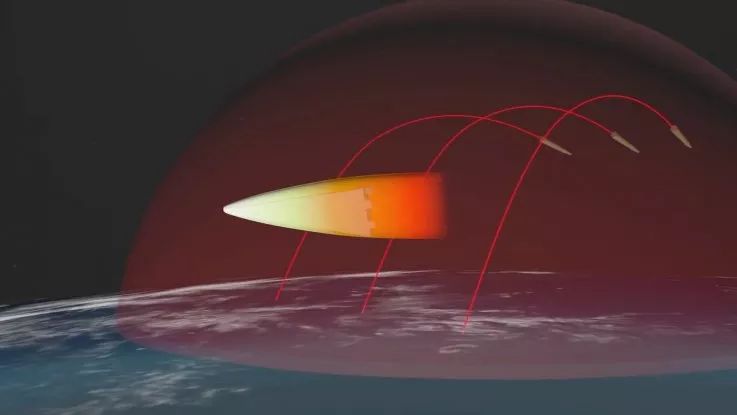 By Howard Mustoe,
Published by The Telegraph, 7 September 2022

Britain’s top defence firm BAE Systems plans to launch a quartet of satellites into orbit featuring a suite of sensors designed to scour the skies for threats.

The move comes amid a flurry of tests by Russia and China of hypersonic missiles, which travel more than five times the speed of sound.

BAE is expanding its push into satellite engineering after buying In-Space Missions, which gave it the ability to design, build, launch and operate satellites.

The Azalea group of satellites will collect visual, radar and radio data to “boost the UK’s ability to understand the threats and hazards in, from and through space,” BAE said.

Heat signatures from rockets, missiles and jet engines can be detected by the satellites’ sensors and packaged with other local data for analysis by the military.

A Russian bomber fired a trio of Kinzhal Mach-12 hypersonic missiles at the port city of Odessa in May, the first known use of the weapon and the first claimed use of hypersonic arms in a war. It followed test launches in April and March.

China last year reportedly test-fired a hypersonic projectile around the globe, while in May a Russian warship successfully fired a Zircon cruise missile that can travel for almost 1,000 miles.

Typical missiles fly at about Mach 3. Hypersonics are defined as travelling at at least Mach 5, about 3,800mph, or five times the speed of sound in the upper atmosphere. There is a rush to find ways to detect their use.

As well as military applications, BAE will also offer time with the Azalea group of satellites to businesses and governments.

He said: “You can look at a situation like the floods in Pakistan and can easily recognise where people are using mobile phones, VHF radio, sat phones, and be able to provide up to the minute information to them to support a disaster relief operation.”

The satellites will be placed in low Earth orbit, about 500km from the surface of the planet and will use artificial intelligence to process data in situ before sending their findings to customers, sidestepping the time-consuming process of sending terabytes of raw data to ground.