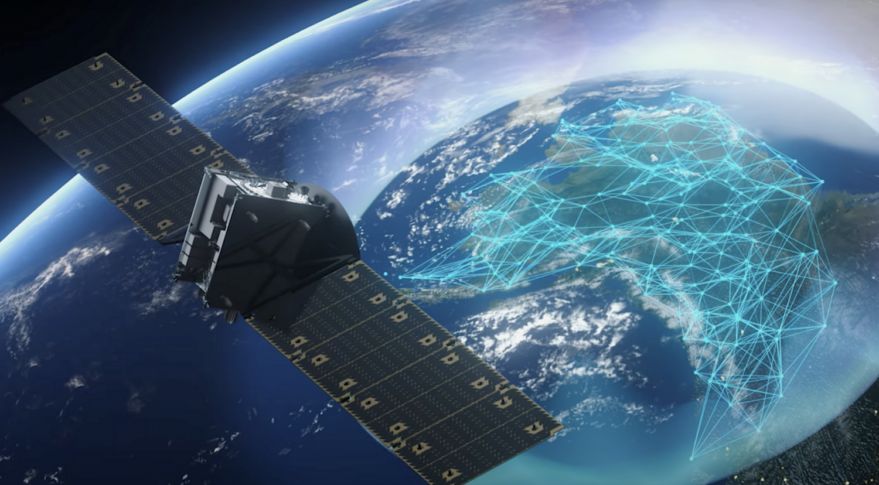 WASHINGTON – Astranis Space Technologies is scheduled to launch this summer a small communications satellite to geostationary orbit that will provide internet services exclusively over Alaska.

The San Francisco-based startup makes small geostationary satellites as a lower cost alternative to traditional GEO spacecraft like those used by large satellite operators and  by the U.S. military. Amid a drumbeat of concern about the vulnerability of satellite networks to cyber attacks, Astranis sees an opportunity to break into the defense market as the military seeks to diversify its communications architecture.

“What we’ve seen on the U.S. government side is a huge push towards resiliency,” Astranis CEO John Gedmark said in an interview.

One of the advantages of small GEO satellites is that they are more nimble and less costly to replace if they were taken down during a conflict, said Gedmark.

“The U.S. military is totally dependent on really a quite surprisingly small number of large GEO satellites. And each of those has been described as a very tempting target in the case of a major conflict,” he said.

“They are looking to make the current architecture more resilient,” said Gedmark. “That means having more capability up in every form, and the ability to replenish capabilities if those capabilities are lost through some form of attack.”

Astranis’ small GEO satellites – ranging from 350 to 400 kilograms – can be repurposed relatively quickly “from one side of the world over to a different part of the world if some kind of conflict breaks out or there’s a natural disaster,” he said.

Gedmark said the company plans to offer the military options to lease small satellites that could be directed to boost capacity in needed areas.

Astranis on April 5 announced it signed a contract with SpaceX to launch four small GEO satellites in 2023. Two are for inflight connectivity provider Anuvu, one for Peru’s telecommunications service Andesat and the fourth customer has not been announced. The company would not say whether it’s a commercial or government customer.

Russia’s invasion of Ukraine was a wake-up call about space being a contested domain, Gedmark said. “One of the very first things that the Russians did was take out a commercial satcom provider with a devastating cyber attack.” It is not a “theoretical threat that they might try to take out our existing large GEO capabilities if some kind of a conflict was to break down. They’ve shown exactly what they intend to do.”

The Space Force in 2020 awarded Astranis a nearly $1 million Small Business Innovation Research Phase 2 contract for its software-defined radio technology that was designed to change frequencies and reroute signals to circumvent interference and jamming. The company hopes to win a follow-on contract.

Astranis was one of 23 companies selected by the U.S. Air Force in March to compete for task orders under an indefinite delivery/indefinite quantity (IDIQ) contract to support the Advanced Battle Management System. ABMS is a long-term effort to integrate weapon systems across the land, sea, air and space domains.

Small GEO satellite services, while more affordable, have higher latency compared to low Earth orbit constellations latency because GEO is a much higher orbit. The U.S. military is becoming a key buyer of LEO broadband but Gedmark believes there is room in the market for multiple types of services.

“I think we’re going to need it all,” he said. “We need capabilities across every possible orbit.”