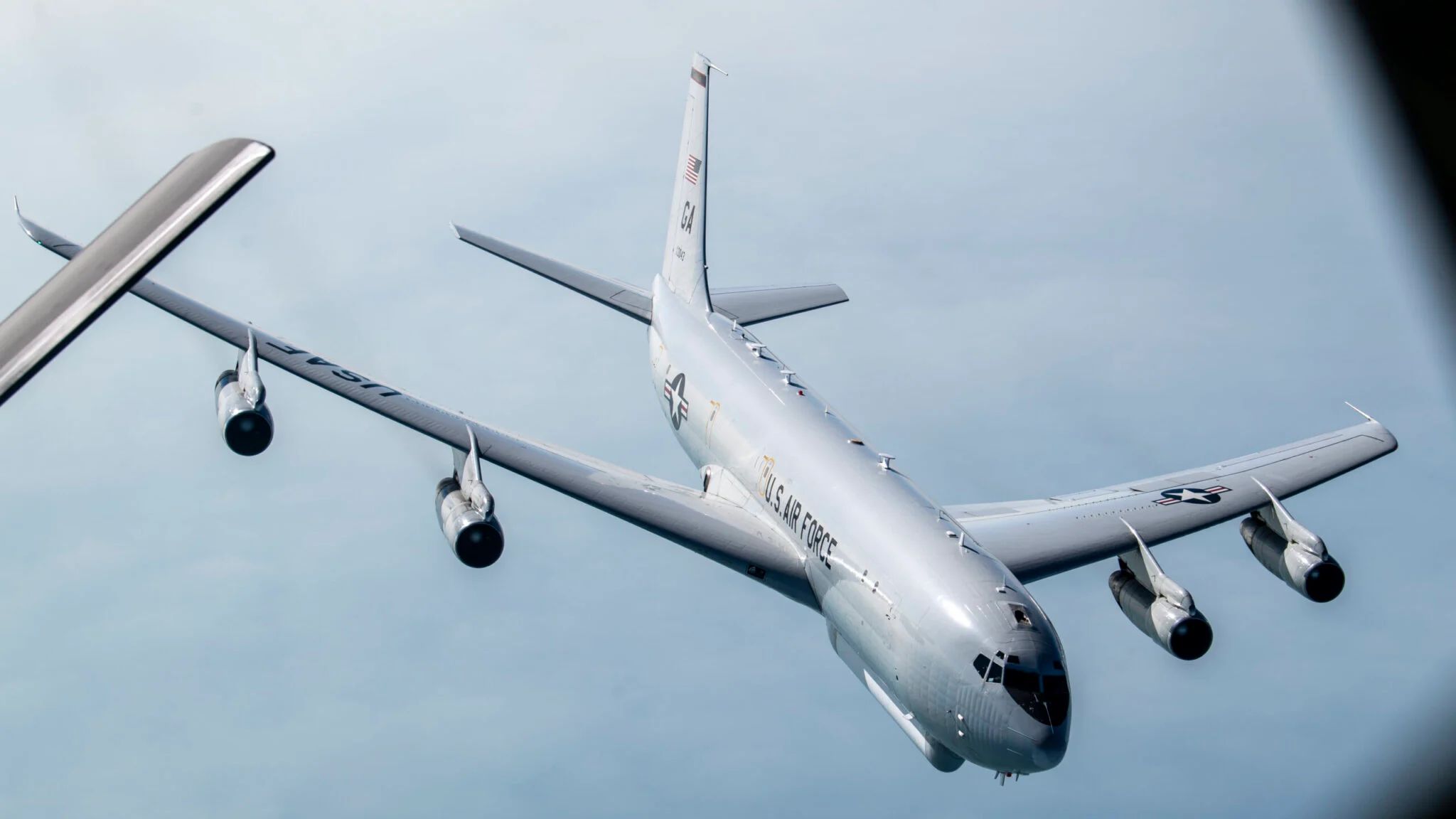 After an analysis of literally thousands of options, Space Force’s Gen. DT Thompson said, “in the end [there was] a consensus opinion inside the Department of Defense and the [Intelligence Community] on how we should proceed.”

WASHINGTON — The Defense Department and the Intelligence Community have reached a “consensus opinion” on how to parcel out responsibility for tracking moving targets on the ground from space, Space Force vice chief Gen. DT Thompson said today.

While avoiding any specifics, Thompson told the Mitchell Institute’s Spacepower Security Forum that the agreement came as a result of the Space Warfighting Analysis Center’s analysis of alternatives on how space-based ground moving target indicators might replace the Air Force’s aging E-8C JSTARS that provides targeting data to other platforms. That assessment was completed in September, with participation by the National Reconnaissance Office.

“It has been an important set of analyses,” he said of the SWAC study. “[I]t brought in a whole host of people. It brought in the services, it brought in the combatant commands, it brought in the NRO and others, and no kidding, as objectively and clear-eyed as we could, laid out tens of thousands of options in terms of what we could use. And the other thing I’ll say is I think it was pretty clear in the end [there was] a consensus opinion inside the Department of Defense and the IC on how we should proceed.”

And that agreement will be reflected in the Defense Department’s fiscal year 2024 budget request, he told Breaking Defense on the margins of the meeting — noting that Air Force Secretary Frank Kendall’s inclusion of the need for improved ground (as well as air) moving target indication (GMTI) among his seven “operational imperatives” released in March helped to pull the two sides together.

“Keep a very close eye on the numbers,” he said.

Interestingly, Kendall in July said that he and NRO Director Chris Scolese had worked out an informal agreement “to get the operational support” the Defense Department needs from space-based ISR, while at the same time fulfilling the spy satellite agency’s other priorities for providing intelligence to the president and senior government leaders — and suggesting that this could include co-funding some projects.

The question of responsibility for acquiring satellites equipped GMTI sensors is the tip of the iceberg in a long-running debate over whether the Space Force should take over the lead from the NRO in providing warfighters what DoD calls tactical intelligence, surveillance and reconnaissance (ISR).

Raymond last May revealed that the Space Force had a classified effort underway to develop a space-based GMTI. The revelation sparked concerns within Congress, as well as the Government Accountability Office, about the potential for duplication with other service efforts and those of the National Reconnaissance Office, since the NRO is currently responsible for providing all ISR data from space via both its own and commercially operated remote sensing satellites.

GMTI radars use a pulsing technique to discriminate moving targets, such as enemy tanks and mobile missile launchers, from stationary objects and clock their velocities based on their Doppler shift.

The debate as at times been contentious, with NRO officials even questioning whether there is a meaningful distinction between “tactical” and “strategic” ISR data.

But Thompson asserted that over the past few years, the Space Force and the NRO have been improving their relations.

“That partnership … is stronger than it’s ever been. It’s closer than it has ever been,” he said. “And I will tell you: continue to watch that space. You will see in the days, weeks and months to come evidence of a stronger working relationship and partnership between the United States Space Force and the National Reconnaissance Office.”