Report from GN Conference and Study Tour to Russia

More than 20 peace activists from Sweden, England, Nepal, Canada and the US will journey to Russia on April 25-May 10 for a study tour intended to build a peace bridge between the people of their nations.

The trip is being organized by the Global Network Against Weapons & Nuclear Power in Space (GN).

Dave Webb, chair of the UK’s Campaign for Nuclear Disarmament (and also board convener of the GN) said, “We are deeply concerned about NATO expansion and US ‘missile defense’ deployments ringing Russian borders.  We feel that citizen diplomacy is needed now more than ever between Russia and the west.

“We want to see and hear for ourselves what Russia is really like.  We want to meet with Russian citizens, teachers, students, political leaders, journalists and others in order to listen and to ask questions so we can get unfiltered information.”

This 2018 Russia study tour will have three components.

Members of the GN and Veterans For Peace will make up the bulk of those going on the trip.

“As tensions grow between the US and Russia and Washington pulls out of the ABM Treaty, the INF Treaty and the Iran Nuclear Deal we believe it is time for more contact and greater understanding between all our nations. The demonization of Russia has been non-stop in recent years all across the west.  US is twisting the arms of Sweden and Finland to get us to join an ever expanding NATO and allow war games and bases aimed at Russia onto our lands,” said GN board member Agneta Norberg from Sweden.

Not since the height of the Cold War in the 1980’s have tensions been so great between Russia and the US.  Washington now regularly blames Russia for nearly every ill in the world.  The US annual military budget is $1 trillion per year (when you add up all the various military pots of gold) while Russia spends just over $60 billion per year on their military.  (Moscow has cut their military budget the last two years claiming they wanted to invest more in national development projects and dealing with poverty.)

“When Trump made his recent announcement calling for the ‘Space Force’ he indicated that the US must ‘control and dominate’ space and deny Russia and China access to space during times of hostility.  That is a provocative declaration that will drive a new expensive and destabilizing arms race,” said Bruce Gagnon, Coordinator of the Global Network.

“The US refuses to renounce its first-strike policy. We are in more danger of nuclear war than ever as recent US construction of ‘missile defense’ launch bases in Romania and Poland reduce the flight times to reach Moscow to 10-12 minutes.  We’ve got to do all we can to break down these walls being erected between the west and Moscow. Instead we need to build peace bridges between our countries.” 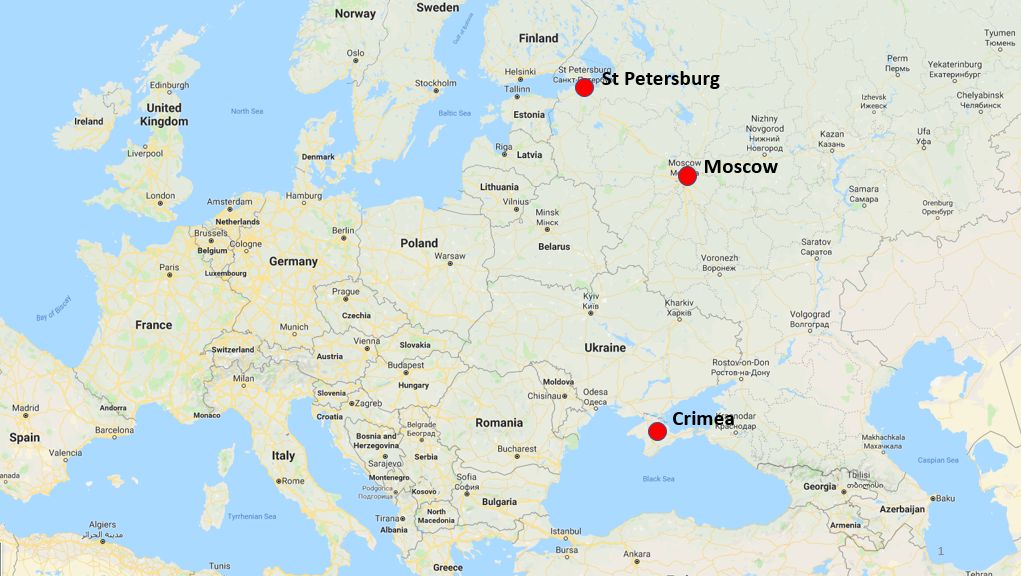 On arrival in Moscow we made our separate ways to our hotel - the Aerostar, which had had an aptly space-decorated reception area.

Just opposite the hotel was the impressive Petrovsky Palace - officially called the Petrov Way Palace, built by Catherine the Great at the end of the 18th century. It is situated on Leningradsky Prospect, the road from Moscow to St. Petersburg.Catherine only visited the palace once in 1785 and in 1812 Napoleon briefly sheltered there to
escape the 1812 Fire of Moscow.

Stanislav Petrov (no connection as far as I know) was, of course, the Man Who Saved the World - a colonel in the Soviet Air Defence Force who, on 26 September 1983, was the duty officer at the command center for the Oko nuclear early-warning system when it signalled a missile attack from the United States. As only around 6 missiles were involved, Petrov correctly decided it was a false alarm, against the Soviet military protocol, which would have resulted in a full scale retaliation. His action (or lack of) therefore prevented a large-scale nuclear war. Investigation later confirmed that the Soviet satellite warning system had indeed malfunctioned.

John Schuchardt is an attorney, a US Marine Corps officer (1960-65), a member of Veterans for Peace, ‘Plowshares 8’ and ‘Avco Plowshares’. An activist imprisoned for the attempted disarmament of Mark 12-A nuclear warheads. A member of Peace Delegations to Israel-Palestine, Iraq, Nicaragua, Auschwitz, Viet-Nam, Iran, Hiroshima-Nagasaki, and Okinawa.  John and Carrie together direct the 'House of Peace' in Ipswich, Massachusetts, a therapeutic community which, since 1990, has welcomed more than 500 refugees from 30 countries and since 2005 war burned and maimed children from Iraq and Syria.

John spoke on “JFK and the Unspeakable: Why he died and Why it matters” by James W. Douglas.

Bill Warrick was drafted in 1968 and enlisted in the Army Security Agency. Graduated from Medical School at the University of Pennsylvania in 1978.  Family Practice medicine in Gainesville for 34 years retiring in 2015. Since then has been engaged in Open Source Intelligence Analysis and involved in Citizen Diplomacy with The Center for Citizen Initiatives. Visited Russia twice, in 2016 and 2018 and a member of Veterans For Peace since 1991.


Historical Relationship between US and Russia by Bill Warrick

"The US and NATO"

Dave Webb is convenor of th Global Network, Chair of the UK Campaign for Nuclear Disarmament and a Vice-President of the International Peace Bureau. He trained as a physicist and completed a Ph.D. in space physics in 1975. Subsequently he conducted research in the UK and the US and worked for a brif time at the Ministry of Defence in London before leaving and joining the peace movement. He then went on to teach engineering at Leeds Metropolitan University in the UK and eventually converted to teach Peace Studies and International Relations before retiring in order to focus on peace campaigning. 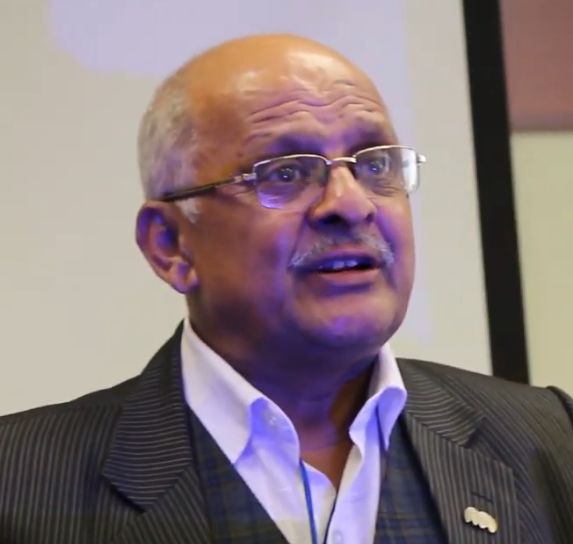 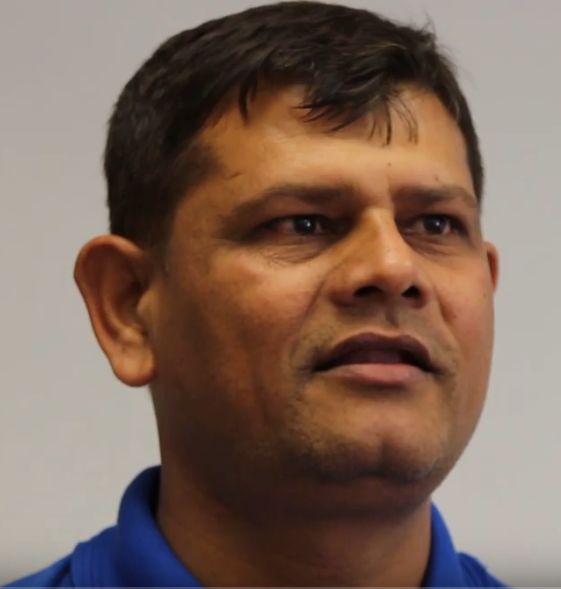 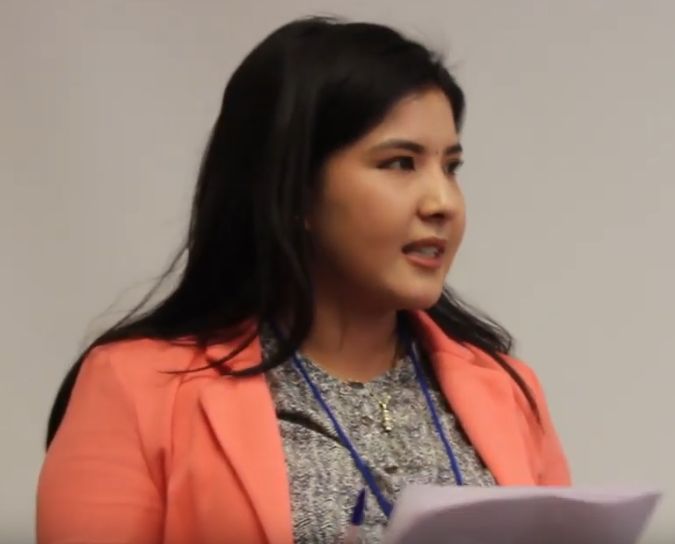 Prabhu Yadav is a key member of the GN Chapter in Khatmandu and a lecturer in the department of English at Patan Multiple Campus, Triubhan University.

Shreedhr Gautum - is a university professor, secretary general of the Nepal Council of World Affairs and chair of the GN chapter in Nepal.


Nepal's Role in the World by Shreedar Gautum


The Dangers of Space Weaponisation by Manisha Thapa